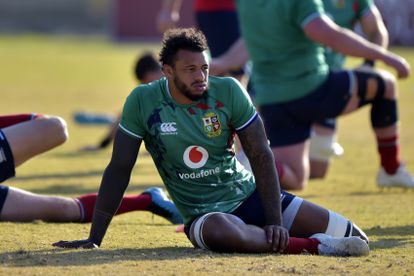 British & Irish Lions flanker Courtney Lawes on Friday issued a simple request ahead of the series decider against the Springboks in Cape Town on Saturday – can we play rugby.

“They (Springboks) can throw their ‘handbags’ around as much as they like,” he told an online news conference, “as long as we can get the ball out and play some rugby.”

“Handbags” is a term used in rugby to describe players seemingly threatening each other, but not actually fighting.

Midway through the opening half of the second Test, won 27-9 by the Springboks last weekend, many players from both teams threatened each other without any violence occurring.

At one point, Springbok Eben Etzebeth dragged rival lock Maro Itoje for several metres with each holding the other’s jersey.

“We cannot get too caught up in niggles and scrapping,” said the 32-year-old, who has been chosen in the starting line-up for all three Tests.

“It just slows down the game and it does not help us. We like a high-tempo game.

“They came with a clear plan last Saturday and that was to slow the game down. We are a really fit team and we want to move the ball.

“It is obviously going to be tough and it will take a conscious effort to stay out of a dogfight because I imagine that is what they are going to bring again.”

British & Irish Lions’ head coach Warren Gatland said this week that he would speak to the match officials, led by French referee Mathieu Raynal, to try and speed up play.

Delays for disciplinary checks and injuries led to a 126-minute second Test – 46 minutes longer than it should have lasted.