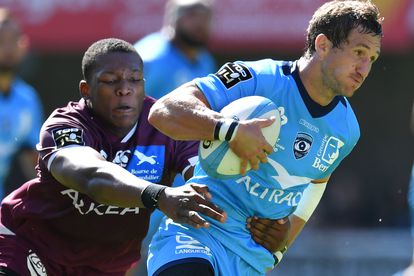 The Bulls are set to hand a first start to former Springbok flyhalf Johan Goosen against South Africa ‘A’ in Cape Town.

According to the Bulls an invitation from SA Rugby to step in as opposition for the South Africa ‘A’ team is one that could not be passed by director of rugby, Jake White, and his charges in the build-up to the Series between the Springboks and the British & Irish Lions.

Carr to lead men in blue

Loose forward Nizaam Carr will lead an exciting Bulls side against the national team’s second string. Carr will be starting on the flank and will captain the side that will see a number of changes to the team that took on Pumas in their previous outing in the Currie Cup.

The Bulls saw their match against the touring Lions cancelled due to a COVID scare but will now play their part in the series in a different way.

The Vodacom Bulls will retain continuity and experience in the form of another ex-Springbok, Cornal Hendricks, who will once again form a midfield partnership with Harold Vorster.

Simphiwe Matanzima, Schalk Erasmus and Jacques van Rooyen will be expected to provide some stability as the starting front row, while the lock pairing of Walt Steenkamp and Ruan Nortje continue their auspicious combination in the second row.

Excitement can be expected from the inclusion of youthful talents such as FC du Plessis, WJ Steenkamp and Muller Uys.

White, who is excited ahead of the clash, said: “The opportunity to be called in as opposition for the South Africa ‘A’ side is one we could not refuse. We will be going out to give it our best shot, with the intention of not only providing good opposition for them, but also building and growing together as the Vodacom Bulls side.”

The game will kick off at 13h00 on Saturday afternoon, and will be broadcast live on SuperSport.

Bulls team vs South Africa ‘A’