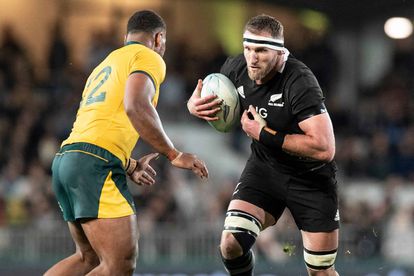 Melbourne lost another major sporting event to the coronavirus pandemic Monday, with Australia’s upcoming Bledisloe Cup rugby Test against the All Blacks pulled from the city.

Marvel Stadium was due to host the first of two Tests against New Zealand on 8 August, but the game was postponed as Melbourne battles a second wave of COVID-19.

The match has now been shifted, with Brisbane, which is due to hold the second Test on 17 October, seen as the leading candidate to stage both if they go ahead.

Rugby Australia said Melbourne, which markets itself as one of the world’s sporting capitals, will instead be used for a Bledisloe Cup match in 2022, as next year’s venues are already locked in.

“Victorians are sticking together as the state works to slow the spread of coronavirus and it’s not possible to play this match in 2020,” said Rugby Australia’s interim chief Rob Clarke. “The decision to swap the All Blacks Test to 2022 is a sensible one.”

Another hit for Melbourne

It was the latest blow for the sports-starved city, capital of Victoria state, which is in lockdown to counter the coronavirus.

Last week, it was announced that the Australian Rules grand final will be played outside Melbourne for the first time since 1898, with Brisbane the beneficiary.

Several other big-ticket fixtures in Australia’s second-largest city are yet to be determined.

These include cricket’s Boxing Day Test in December – this year featuring India – and the Australian Open tennis Grand Slam in January.

This year’s Australian Grand Prix in Melbourne was cancelled at the last minute in March as the virus first emerged in the city.