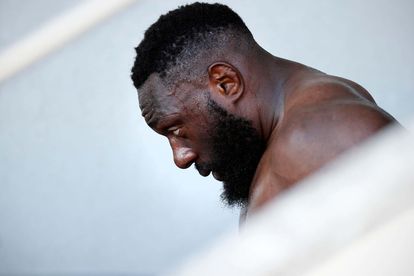 Following the tragic death of Desmond Tutu, tributes have flooded in from all parts of the world, including from Mtawarira, who shared a special memory with the much-loved anti-apartheid and human rights activist..

Although Mtawarira was fully eligible to play for South Africa under IRB rules, his Zimbabwean nationality was a sticking point in 2009 and 2010. However, he was eventually cleared to tour with the Boks in the November 2009 Tests, with Tutu playing a significant role in assisting this process.

“Rest well Archbishop Desmond Tutu. Thank you for being the epitome of what humanity should stand for. The Arch played a big part in making my re-involvement with the @Springboks possible and for that I’ll forever be grateful. Lala Ngoxolo!”

In an extract from Mtawarira’s autobiography, he shared this wonderful memory of his interaction with Tutu, which provided further detail about the role he played in his career.

During those three weeks when the Boks were playing at home and I was shuttling between Regan [Hoskins] and Michelle at home affairs, I started to think that this was probably not going to work out.

But at the very moment when I was about to give up, I received a phone call that changed everything.

I got a call from a friend saying: “Hey, Beast, the Arch wants to speak to you. Make sure your phone is on.”

Later that afternoon my phone rang, I answered and a voice said: “Is that Beast? It’s the Arch here.”

It was none other than Archbishop Desmond Tutu on the line.

He said: “I love what you do for South Africa. Every time you get the ball the crowd shouts, “Beeaaassst!” and I think it’s fantastic. You’re a great ambassador and a role model, you represent us and this whole thing that’s happened to you is unfair and unjust.”

I was surprised that the Arch even knew about me, but he said: “I love rugby! I watch it all the time.”

It was an amazing conversation, because I was just thinking, “Wow”, and he was just so chilled and nice.

And I guess this was the answer to the prayers my fiancée and I had shared on the South Coast.

Tutu told Beast: Don’t worry, you’ll be able to play for the Springboks

The Arch knew I was a man of God and said: “Don’t worry, I’m going to sort this out for you. Keep on training and playing well and leave it to me; I will resolve this. You will get your citizenship and you’ll be able to play for the Springboks.”

As soon as he hung up, my spirits lifted, went through the roof, straight to cloud nine.

Now I had someone serious on my side and within a week I got a call from the office of Home Affairs Minister Nkosazana Dlamini-Zuma.

I was told to fly up to Pretoria with my documents.

So Michelle was literally cut out of the picture and off I went, handed in my stuff, had my fingerprints done, and at the end I was told my passport would be ready in one week!

That was the longest week of my life because, apart from my fiancée and parents, I couldn’t tell anyone.

I didn’t dare breathe a word until I had the passport in my hand. I buried myself in training with the Sharks and a week later I flew back to Pretoria to pick up my passport.