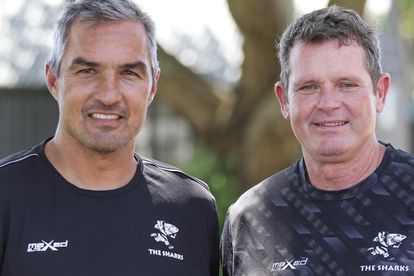 On Sunday, Sharks chief executive Eduard Coetzee issued an apology after Cardiff had inflicted a humiliating 35-0 defeat on the team.

It was the first time that the Sharks had been whitewashed in a competitive match in the professional era – the last time coming in 1972 against England, and Coetzee insisted that action would be taken.

That “action” came less than 24 hours later as the Sharks confirmed on Monday that long-serving Sean Everitt had stepped down from his position as head coach.

It’s something that appeared to be on the cards for some time if better results weren’t forthcoming, and Everitt – who has a history at the Sharks dating to 2008 – ultimately accepted the decision.

“This is a sad development for me and sometimes the results don’t always match the tireless effort that has been put in,” said Everitt “I have been a part of this union for close on 15 years and I’ve always had the best interests of this team at heart. I leave with no regrets.

“I would like to thank the Sharks for the great memories and the wonderful opportunities that has been given to me at the helm of this fantastic team. I wish the Sharks every success, as the season progresses.”

The full statement from the Sharks read as follows:

The Sharks today announced that by mutual consent, the Cell C Sharks Head Coach, Sean Everitt has stepped down from his role, with immediate effect.

Coetzee added: “We thank Sean for his invaluable contribution to The Sharks over the past few years, especially navigating through a challenging COVID-19 period. He will always remain a part of The Sharks family. I would like to take this opportunity to wish him and his family the very best moving forward.”

“This decision has been made in the best interests of the team moving forward,” said The Sharks CEO, Dr Eduard Coetzee. “Our Director of Rugby, Neil Powell, will oversee the remainder of the United Rugby Championship campaign as well as our first foray in the Heineken Champions Cup, which kicks off on the 10th of December. Neil will be ably supported by the rest of our current senior coaching structure, which remains unchanged.”

Everitt’s history at The Sharks dates to 2008, when he was appointed as an assistant in a Currie Cup winning year, and he has successfully come through the ranks being involved in five Currie Cup finals. He notably coached the unbeaten Cell C Sharks Under 19s to the SA Rugby Under 19 Championship title in 2018, and thereafter he assumed the role as head coach of the 2020 Super Rugby campaign, where they were top of the log when Covid brought an abrupt end to the campaign.

He has served the union faithfully as a junior and then senior coach and navigated the team to two Currie Cup finals and their first Vodacom United Rugby Championship season in 2021/22, which saw them ending fifth on the log out of 16 teams and qualifying for the Heineken Champions Cup.