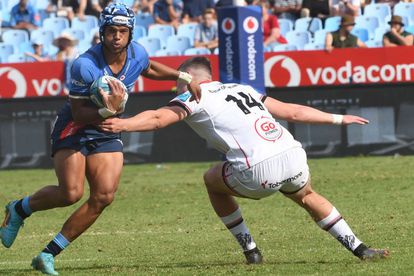 Kurt-Lee Arendse has revealed that the Bulls have decided to place a greater emphasis on attack in their first-ever Champions Cup match when they host Lyon at Loftus on Saturday.

Despite being the most successful franchise in South Africa, the Bulls have often been associated with and criticised for playing conservatively. But while it has always been the hallmark of Bulls rugby, Arendse says the Pretoria-based franchise will employ a more expansive style of play as it ventures into the Champions Cup.

The Bulls, Sharks and Stormers will make their competition debuts in the prestigious Champions Cup this weekend, while the Lions and Cheetahs will play in the Challenge Cup for the first time.

Arendse, who arguably in the best form of his life at the moment, says they are well prepared for their Pool A matches against Lyon and Exeter Chiefs, having developed their game this season and added more strings to their bow.

“I think we’ve changed our game plan a bit,” Arendse said. “Usually, we keep the ball away, but now we’re focusing on attacking a bit more. I think we will have a running game and I’m looking forward to it.”

Arendse is also by the prospect of the Bulls marrying their brute physicality and attacking finesse on the global stage against the best teams in Europe.

“Obviously this is a competition you want to play in,” Arendse said. “We know it’s a very physical competition, but we pride ourselves on being a physical team. We’re really looking forward to it and can’t wait to start it off.”

Earlier in the week, Springboks Handre Pollard and Courtnall Skosan, who both ply their trade in England and both have experience of playing in the Champions Cup, warned that while it is exciting to have the South African teams in the competition, they should be wary of expecting too much too soon.

Pollard went as as as to say that it might take years before the Bulls, Sharks and Stormers settle in and compete for the title.

Arendse however, is not one for the long-game. He is confident that the Bulls will be competitive this season already.

“We like to be competitive, so we want to play in this competition. I know it’s going to be a massive one. But we have got to focus on ourselves and take it from there.”