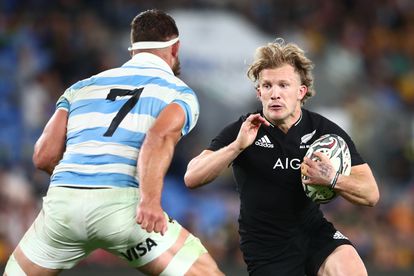 GOLD COAST, AUSTRALIA – SEPTEMBER 12: Damian McKenzie of the All Blacks makes a break during the Rugby Championship match between the New Zealand All Blacks and Argentina Pumas at Cbus Super Stadium on September 12, 2021 in Gold Coast, Australia. (Photo by Chris Hyde/Getty Images)

GOLD COAST, AUSTRALIA – SEPTEMBER 12: Damian McKenzie of the All Blacks makes a break during the Rugby Championship match between the New Zealand All Blacks and Argentina Pumas at Cbus Super Stadium on September 12, 2021 in Gold Coast, Australia. (Photo by Chris Hyde/Getty Images)

The All Blacks have rotated their squad ahead of their match against Argentina but the Pumas should not expect a great deal of respite.

All Blacks vs Argentina preview

After a 39-0 drubbing last weekend, the Pumas now need to trot out again and salvage some pride ahead of their final two rounds of the competition against Australia.

The Pumas have themselves done some rotating seemingly with the intent of fielding their best side in its best shape against the Wallabies as they look to avoid another winless Rugby Championship.

Santiago Carreras plays at flyhalf for Argentina for the first and while there are few bigger games to make your mark in, he might have hoped for a less rigorous baptism into the number 10 jersey.

The All Blacks have also fielded an experimental ten in Damian McKenzie which could signal a helter-skelter encounter between the two sides.

All Blacks skipper Ardie Savea is expecting a big response from Argentina after they were blown off the park in the Gold Coast last weekend.

“It’s about backing up. If we turn up thinking the same performance we did last week will be enough, we’re kidding ourselves,” he said.

“We know the Argie boys are a wounded beast and they’re dangerous right now, so it we don’t turn up it could be a long day.”

Argentina have failed to score in the two Tests they have played against the All Blacks since their famous victory in last year’s Tri-Nations, and Mario Ledesma is looking for something different from his charges.

It will be important for Argentina to play to their strengths and defend well if they are to at least get closer to the All Blacks.

Teams: All Blacks vs Argentina

Take our easy Rugby Quiz and stand a chance to win R1 000 in mobile data!

GRAPHIC: IFP calls for abusive policewoman to be arrested

‘X.com’: Everything we know about Elon Musk’s secretive venture