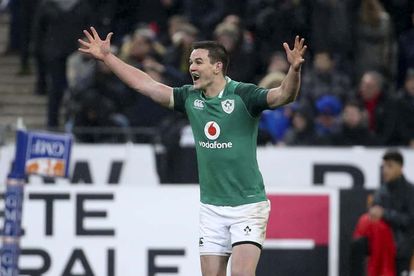 Ireland flyhalf Johnny Sexton has been named to face New Zealand in the second Test in Dunedin after being cleared of concussion. Photo: Jean Catuffe/Getty Images

Ireland flyhalf Johnny Sexton has been named to face New Zealand in the second Test in Dunedin after being cleared of concussion. Photo: Jean Catuffe/Getty Images

Ireland forward Peter O’Mahony expressed relief on Thursday that Johnny Sexton had been named to face New Zealand in the second Test, despite the “hugely important” flyhalf failing a concussion assessment during last week’s defeat in Auckland.

Sexton will captain a team in Dunedin on Saturday that features just one change from the XV that started in the 42-19 first Test loss, with right wing Mack Hansen having shaken off Covid to replace Keith Earls.

The All Blacks also announced one starting change, with Dalton Papalii recalled at blindside flanker, pushing Scott Barrett into lock in place of Sam Whitelock, who suffered delayed symptoms of concussion.

Sexton, 36, did not return to the field at Eden Park after he suffered a blow to the head on the half-hour mark and failed an initial pitch-side head injury assessment (HIA).

However, he passed a second HIA later that night and then a third on Monday, clearing him to play under World Rugby protocols.

“I’m far from a medical practitioner but he seems to be in good form,” O’Mahony said.

“There’s no secret, obviously Johnny is one of the best players in the world so you want to be dealing from the full deck. He’s hugely important for us, obviously our captain.”

There are two changes on the bench, with hooker Rob Herring back after a calf problem to replace Dave Heffernan and prop Finlay Bealham returning from Covid in place of Tom O’Toole.

O’Mahony was happy virtually the same players had been handed a chance to square the three-Test series.

“We showed some patches of how we can perform. The challenge for us is putting it together across a bigger period of the game,” he said.

“There’s no beating around the bush. Ireland have never won over here. There’s history to be made, it’s all on the line for us this weekend.”

READ | HAS ELTON JANTJIES PLAYED HIS FINAL TEST FOR THE SPRINGBOKS?

“It just gives us a different dynamic but clearly set piece will be a little bit affected,” Foster said.

“Dalton’s a tough rugby player. He’s physical in the tackle and he’s quick. Remember, it’s a hard ground under a roof so expect the game to be fast.”

Foster said his preference would have been to retain Barrett in the back row after the experimental selection worked well last week.

However, his hand was forced when another lock, Tupou Vaa’i, dropped from contention after testing positive for Covid-19, meaning Barrett has to revert to a more familiar role in the second row.

Will Jordan on the bench for the All Blacks

It means the back row, also featuring captain Sam Cane and the outstanding player of the first Test, Ardie Savea, comprises three players who have spent most of their careers as openside flankers.

Foster has made four changes to his replacements, bringing in the uncapped pair of scrumhalf Folau Fakatava and prop Aidan Ross.

Outside back Will Jordan returns to the bench after missing the first Test with Covid with lock Patrick Tuipulotu included after being recalled to the squad last week, fresh from a stint in Japan.

Foster said he was eager to see how the bench newcomers would perform but was reluctant to change his starting side, given their efforts in Auckland off the back of a build-up disrupted by seven Covid cases in the All Blacks camp.

“It felt like making too many changes right now might take us back a cog,” he said.

Kick-off in the second Test between New Zealand and Ireland on Saturday, 9 July is at 09:05 (SA time).