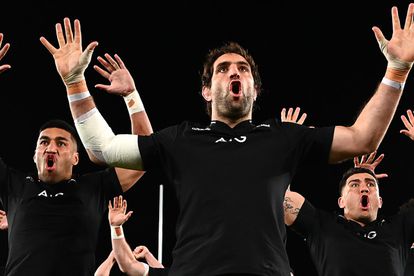 The All Blacks hold many records in Test rugby – and after the past weekend’s win over Italy they now hold two more! Photo: Getty Images

The All Blacks hold many records in Test rugby – and after the past weekend’s win over Italy they now hold two more! Photo: Getty Images

The All Blacks hold many records in Test rugby – the most points and tries scored in Test rugby overall, the longest unbeaten run in Rugby World Cup history, most Rugby Championship titles etc etc.

The list seemed to be never-ending even before last weekend.

But now two more long-standing records are also theirs: Most tries and most points scored in a calendar year.

Argentina had held the record for most tries in a calendar year (92) – a figure inflated by a 144-0 blow-out against Paraguay – since 2003, while South Africa’s previous-best tally of 658 points, set in their second Rugby World Cup-winning year of 2007, had remained unrivalled until the weekend.

The All Blacks went into Saturday’s match against Italy in Rome with 89 tries to their name in 2021, and while they had to wait longer than expected to reach the historic landmark, they got there when Sevu Reece crossed in the 63rd minute.

Four tries in their remaining two matches of the Autumn Nations Series – against Ireland in Dublin this Saturday and against France the following week in Paris – will see them become the first team to chalk up the century. Five more and New Zealand will then also break their own average tries per Test calendar year record, too. Their best mark there is 6.71 from 1987, thanks to 47 tries from seven Tests.

Four minutes after Reece’s record-breaking try and the All Blacks had the 31 points they needed to better the Springboks’ record, replacement hooker Asafo Aumua doing the honours with the first of his two tries in the 69th minute of the Stadio Olimpico contest.

As Aumua’s brace followed on from Dane Coles’ double, four of the All Blacks’ seven tries were claimed by hookers. The try-scoring hooker trend is not just exclusive to the All Blacks but with Codie Taylor to also call upon, they are well-served in that area.

Taylor knows from his own past experiences of facing Ireland that the home side’s defence will be tough to crack and points and tries will have to be hard won at the Aviva Stadium.

“They keep turning up. It seems like there was no space for us to attack,” he said.

“Their defence is awesome. They put some big shots on and put us under pressure and played a bit too much footy, so I suppose the kicking game might come into it a bit.

“We’re under no illusions. If we don’t perform this week… the boys have worked so hard to turn things around from last year. It’s still one week at a time, but there’s two massive games [against] two quality oppositions [Ireland and France]. We’ll get to Ireland first, and see how we go.”

New Zealand will head to Dublin on 675 points for the year.