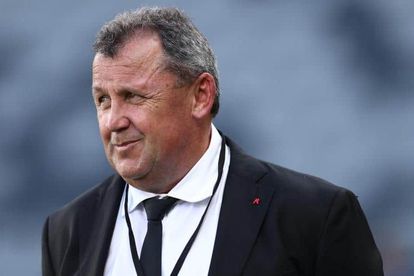 New Zealand coach Ian Foster has rejected any suggestion of an unwarranted mismatch after the All Blacks put a century of points on a hapless Tonga, saying Saturday’s Test was not about the scoreline.

PICTURE | FORMER SPRINGBOK COACH RASSIE ERASMUS HAS A SIDE HUSTLE!

The All Blacks scored 16 tries, five to Will Jordan, against the Pacific islanders with the 102-0 result drawing criticism in local media.

Marc Hinton, writing for the Stuff website, called it “a mismatch of epic proportions” while Radio New Zealand’s Jamie Wall described it as nothing more than “a glorified training run” for the All Blacks.

In rugby-mad New Zealand, where Tests are usually sold out well in advance, the fans sensed a non-competitive encounter was on the cards.

The 30 000-seat Mt Smart Stadium was only half-filled and those who turned up reserved their biggest cheers for the underdogs, prompting Tongan coach Toutai Kefu to joke they were “acting like we won”.

All Blacks coach Foster said he accepted the score would draw criticism but what he wanted – and his squad delivered – was a positive start to a busy year in which his target is to knock South Africa off the top of the world rankings.

“Overall, really pleased with a lot of the skill level and some of the shape that we put on the park. You can get a lot out of it,” Foster said, summing up the game.

He was particularly impressed with how the All Blacks – who were up 38-0 after 19 minutes and went off the boil until just before half-time – refocused to score 10 tries in the final 45 minutes.

“That took discipline and we probably get a bit of a pat on the back for that,” he said.

“I’d like to think we are not just going to focus on the scoreline and say this was a game that shouldn’t have happened.”

“For the Tongan people it was an important game,” he said, referring to Tonga needing a warm-up match before they play Samoa next weekend in the first of two World Cup qualifying matches.

“It was equally important for us to actually go out there and start what could be a long year.”

The All Blacks have two more soft matches, against Fiji, before they face Australia in the fiercely contested Bledisloe Cup series – to be followed by the Rugby Championship, which also involves Argentina and reigning world champions South Africa.

At the end of the year they head to Europe for up to four matches with Tests against France and Ireland already pencilled in.