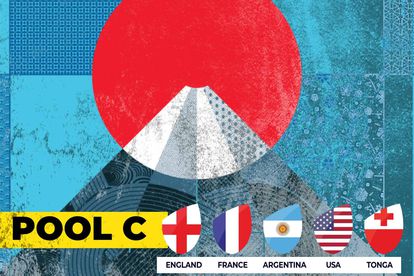 England, France and Argentina are expected to battle it out for the top two spots in one of the most exciting Rugby World Cup pools. USA and Tonga are the underdogs, but they too have the potential to spring surprises.

After an embarrassing pool stage exit on home soil in 2015, England brought in an experienced coach in Eddie Jones. The Australian took his home country to the 2003 World Cup final and then won the trophy as a technical advisor to South Africa four years later.

Jones famously beat the Springboks as head coach of Japan in 2015, then followed that up with back-to-back Six Nations titles in 2016 and 2017. The last two years have not been as rosy for Jones as his first two after taking over the England side, but they are in good shape heading into this tournament.

However, as the 59-year-old has said himself, even he cannot be certain what will happen once his players step out onto the field of play.

Jones was quoted by the Guardian as saying “If you get it [preparation] right, the chances of your team being successful are high. But in a team of human beings nothing is guaranteed.”

If England wanted a predictable path into the quarter-finals, then Argentina and France are the worst opponents they could have asked for. Both can be electrifying on their day, but neither have matched the 2003 world champions in terms of consistency over the last four years.

That said, Les Bleus have a tremendous World Cup record, having made the semi-finals in six out of eight previous tournaments. Coach Jacques Brunel will be desperate to deliver another.

Los Pumas, meanwhile, are still growing into their big boy shoes. Argentina have struggled to make significant progress in the ongoing struggle to catch up with their Rugby Championship rivals, New Zealand, South Africa and Australia.

If they perform well in the group stage, however, then the sky is the limit for Mario Ledesma’s men.