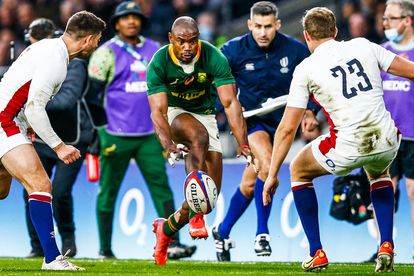 Results in the November Tests in Europe have seen several changes in the thinking of bookmakers ahead of the 2023 Rugby World Cup. Photo: Twitter @Springboks

Results in the November Tests in Europe have seen several changes in the thinking of bookmakers ahead of the 2023 Rugby World Cup. Photo: Twitter @Springboks

Results in the recently completed November Tests in Europe have seen several changes in the thinking of bookmakers ahead of the 2023 Rugby World Cup in France.

READ | IRELAND, FRANCE – AND NOT THE SPRINGBOKS – ARE THE BEST FOR ARGENTINA COACH

There’s no argument that Ireland and France were the standout teams – not necessarily in that order.

Both the Irish and French boasted wins over the All Blacks which therefore makes it somewhat interesting that New Zealand remain the bookmakers’ favourites to lift what would be a fourth Webb Ellis Cup in a little under two years from now.

Are the struggling Kiwis still relying on ‘reputation’ to fool bookmakers? Can they improve under Ian Foster in the next 24 months?

Leading SA bookies Hollywoodbets have installed the All Blacks as 5/2 favourites, marginally ahead of France at 11/4.

England follow at 9/2, with the defending champion Springboks next best at 11/2.

Ireland appear to offer tremendous value at 12/1 alongside the Wallabies.

A win for either Ireland or France would of course mean a first ever World Cup title for both countries.

With France hosting the tournament and boasting a young, exciting squad, I think I’ll have some of that 11/4 thank you very much!

France will host Ireland at the Stade de France in next year’s Six Nations – Saturday, 12 February at 16:45 SA time – in what promises to be a match not to be missed.

The 2023 Rugby World Cup will kick off on Friday, 8 September with a Pool A match between France and New Zealand and conclude on Saturday, 28 October with the final between … we will have to wait and see!

Rhulani addresses his ‘failure’ at Pirates