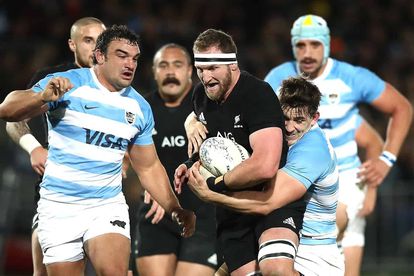 The All Blacks will be looking to avoid another banana peel on their road to what they hope will be a third successful when they square up against Argentina in Buenos Aries in the early hours of Sunday morning (SAST).

The world champions stumbled last time out when they were stunned by the Springboks in Wellington, suffering their first home defeat since the British and Irish Lions triumphed in the same venue last year.

They visit a side enjoying one of their better runs in the competition since being included among the southern hemisphere’s elite in 2012.

The Pumas look set to avoid the wooden spoon for only the second time as they sit three points clear of the Wallabies, whom they defeated at home in their last outing, and just two below the second-placed Springboks.

A victory for the South Americans could set up a winner-takes-all finale between South Africa and New Zealand at Loftus Versfeld next week, but the bonus-point win for the visitors will all but see them clinch a third successive title with a game to spare.

In their quest to underline their dominance in the competition, coach Steve Hansen has several alterations to his team for the clash, which sees the return of star centre Sonny Bill Williams who slots in the midfield as one of seven changes to the team that lost in Wellington.

There are however two big omissions, with Sam Whitelock captaining the side in place of rested skipper Keiran Read, while utility back Damian MacKenzie was sent back home after a family bereavement.

Team yet to be confirmed.

Kick off and where to watch