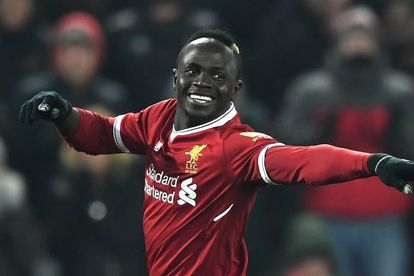 Sadio Mane of Liverpool celebrates after scoring his sides second goal during the Premier League match between Liverpool and Newcastle United at Anfield in Liverpool, England. (Photo by Gareth Copley/Getty Images)

Sadio Mane of Liverpool celebrates after scoring his sides second goal during the Premier League match between Liverpool and Newcastle United at Anfield in Liverpool, England. (Photo by Gareth Copley/Getty Images)

Anfield favourite Sadio Mane has sent 300 shirts to his home village in Senegal for fans to wear during Saturday’s Real Madrid vs Liverpool Champions League final.

The Liverpool forward – part of a fearsome front line alongside Mohamed Salah and Roberto Firmino – expects Bambali to grind to a halt as the 2,000 inhabitants all stop to watch him play in the European showpiece.

In 2005 a 13-year-old Mane found himself in a similar position as the village turned out to watch Liverpool’s famous 2005 Champions League final victory over AC Milan.

The 26-year-old hopes to be able to return to Bambali, where his family still live, with a winner’s medal. Here’s what he had to say:

“If you had said then I would be playing the final I would say it is something incredible in my life. Hopefully, we are going to win. My family still live in the village. My mum and my uncle. They are all going to be watching.”

“There are 2,000 in the village. I bought 300 Liverpool jerseys to send to the people in the village, so the fans can wear to watch the final.”

Mane has clear memories of the 2005 final when Liverpool battled back from 3-0 down to beat Milan. He said:

“I remember AC Milan v Liverpool. Three-nil down, then 3-3 and penalties. This was a big memory for me. I was watching in my village. I was not supporting Liverpool at this time. I was a Barcelona fan.”

“I remember being with my friend, a big friend of mine, and at 3-0 down he was completely out. He stopped watching until the end and ran like crazy to get away. Then he came back at the end and he could not believe (it).”

“He is a big Liverpool fan. He is still in Senegal. He asked me that this time do not be 3-0 down!”