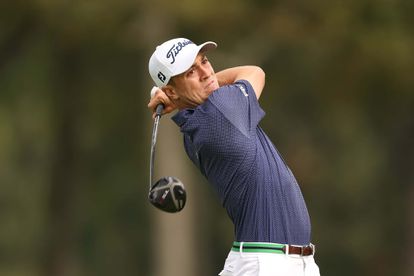 Justin Thomas of the United States plays his shot from the eighth tee during the first round of the 120th U.S. Open Championship on September 17, 2020 at Winged Foot Golf Club in Mamaroneck, New York. (Photo by Gregory Shamus/Getty Images)

Justin Thomas of the United States plays his shot from the eighth tee during the first round of the 120th U.S. Open Championship on September 17, 2020 at Winged Foot Golf Club in Mamaroneck, New York. (Photo by Gregory Shamus/Getty Images)

American fashion giant Ralph Lauren dropped its sponsorship of world No 3 golfer Justin Thomas on Friday, six days after his homophobic slur was picked up by television microphones.

Thomas apologised the next day for his “terrible” and “inexcusable” remark, but in a statement the New York-based apparel firm said that his words could not be associated with their brand.

“We believe in the dignity of all people, regardless of age, race, gender identity, ethnicity, political affiliation or sexual orientation,” the Ralph Lauren statement said.

“This is part of our longstanding commitment to foster cultures of belonging – in the workplace and in communities around the world.

“We are disheartened by Mr. Thomas’s recent language, which is entirely inconsistent with our values.”

Thomas, a 27-year-old American, uttered the anti-gay slur on the fourth hole of his third round at the PGA Tournament of Champions in Hawaii after missing a five-foot par putt, causing an immediate stir on social media.

“While we acknowledge that he has apologised and recognises the severity of his words, he is a paid ambassador of our brand and his actions conflict with the inclusive culture that we strive to uphold,” Ralph Lauren said.

“In reflecting on the responsibility we have to all of our stakeholders, we have decided to discontinue our sponsorship of Mr. Thomas at this time.

“As we make this decision, our hope is that Mr. Thomas does the hard and necessary work in order to partner with us again – truly examining this incident, learning, growing and ultimately using his platform to promote inclusion.”

Thomas, who won a major title at the 2017 PGA Championship, finished third in the event, which he had won in 2020.