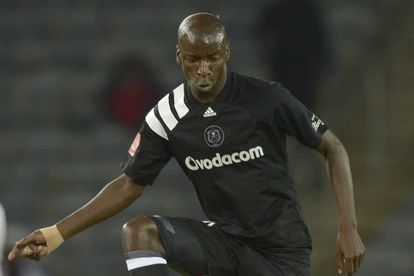 Zambian international, Augustine Mulenga found the net for the first time in Orlando Pirates colours, as the Buccaneers kept their title hopes alive with a 2-1 win over 10-men Bloemfontein Celtic at Orlando Stadium on Wednesday.

The scoring was opened by a former Celtic man in Musa Nyatama, who headed in from a corner in the 17th minute, as the home side maintained firm control on the contest throughout the first half.

They would lose their one-goal advantage in the first minute after the break, as Lorenzo Gordinho, on loan from Kaizer Chiefs, brought the visitors back into it when he toed in after goalkeeper, Siyabonga Mpontshane failed to deal with what looked like a tame attempt at goal.

Gordinho would soon be the villain, as far as Celtic fans are concerned, as he was given his marching orders after a challenge on Luvuyo Memela.

Pirates searched for the winner, until second-half substitute, Mulenga announced himself with a long-range stunner which evaded keeper, Patrick Tagnyemb into the net.

Goals from Percy Tau and Khama Billiat ensured that Sundowns keep their one-point advantage over Pirates as they breezed past Chippa United at Loftus Versfeld.

In a scrappy affair, Tau was first on the scoresheet as he got on the end of a Gaston Sirino cross to send the ball into the back of the net with just less than 10 minutes to go before the break.

The Chippa defence were kept busy throughout the second half, and it was only in the 80th where the home side doubled their lead as Billiat found himself one on one with goalkeeper, Daniel Akpeyi.

Kaizer Chiefs moved up to third on the table as they left it until the very last minute to register a 1-0 win over Free State Stars at Goble Park.

Amakhosi withstood early pressure from the hosts, with Itumeleng Khune kept busy with a few shots at goal.

Both sides were guilty of not being clinical in front of goal and it was only after five minutes where Teenage Hadebe eventually broke the deadlock to give his side a much needed victory.

Supersport United’s woes continued as they fell to yet another defeat, this time at the hands of Polokwane City who triumphed 1-0 at the Old Peter Mokaba Stadium.

The league’s leading goal scorer, Rodney Magalela provided the game’s only goal, heading in in the 41st minute to take his tally for the season to 11.

Cape Town City’s disappointing run continued as they were handed a 1-0 home defeat by Golden Arrows at Cape Town Stadium.

After being dominant throughout the first half, City were stunned early in the second by Lerato Lamola who capped off a counter attack with a calm finish.

Relegation favourites, Platinum Stars held Baroka to a goalless draw at Royal Bafokeng. The solitary point earned means they move point closer to 15th place Ajax Cape Town, who are now six points ahead after suffering yet another defeat on Tuesday.