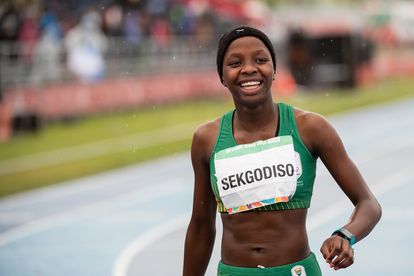 Prudence Sekgodiso won the women’s 800m title on Day 3 of the ASA Senior Track and Field Championships in Tshwane.

Caster Semenya cannot defend the 800m title at the Tokyo Olympics in Japan as she refuses to abide by World Athletics’ testosterone-reducing regulations covering distances from 400m to the mile.

The South African star is among a minority of female athletes who have an unusually high level of testosterone, which gives them added strength.

Two legal bids by the South African to overturn the ban have failed and she has taken her fight to the European Court of Human Rights, who have not indicated when the case will be heard.

Semenya has given up on attempting to qualify for Tokyo in the 200m.

“I am 30 years old and if I were to do sprints it would be a risk to my muscles. In distance (running), there is more time to find consistency,” said the three-time world 800m champion.