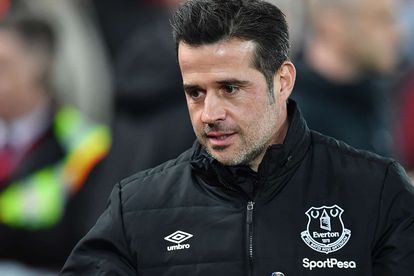 For the past week or two it has been about as certain as the winter morning mist on the River Mersey that snakes through the city of Liverpool. Now it’s official. Marco Silva has been sacked as manager of Everton Football Club. A permanent replacement has yet to be named, but Duncan Ferguson, a former star player and now a member of the coaching staff, will take temporary charge.

With the Toffees now lying in the relegation zone in 18th position, while arch-rivals Liverpool bask in the glory of being European champions and sit proudly atop the EPL, it has been clear for a while that Silva’s departure was, barring a miracle of remarkable proportions, inevitable.

Wednesday night’s embarrassing 5-2 hammering at the hands of Liverpool in the Merseyside derby was simply the final straw for club chairman Bill Kenwright and the board. After last Saturday’s injury time loss to Leicester, the TV cameras caught Kenwright shaking his head in exasperation and dismay. Following Wednesday night’s demolition at Anfield, poor Bill’s head must have all but shaken from his shoulders!

An abject display at Anfield

It was an abject display by the Toffees, exacerbated by the fact that two of Liverpool’s star players – Mohamed Salah and Roberto Firmino – were not even in the starting lineup.

And so the inevitable came to pass. Everton confirmed this evening (Thursday), that Silva is leaving the club. His permanent replacement may well be David Moyes, according to media speculation. However, it is known that many fans are against his appointment.

Moyes, who oversaw 516 games for the club from 2002-2013 and is regarded as an Everton legend, is currently without work and would have the advantage of being able to step in immediately. He left the Toffees to take over from Sir Alex Ferguson at Manchester United, but was unsuccessful and was sacked after 10 months. He then had spells at Spanish club Real Sociedad, Sunderland and West Ham.

Portuguese-born Silva came to Everton from Watford in 2018 with a reputation as an astute and up-and-coming young manager. Prior to that, he was with Hull City in England and Olympiacos in Greece.

He guided Everton to an eight-place finish in the EPL last season. In the off-season the club significantly bolstered its playing staff with the additions of Alex Iwobi from Arsenal for £34-million, Jean-Philippe Gbamin from Mainz for £25-million, Moise Kean from Juventus for £24-million, Andre Gomes from Barcelona for £22-million and Fabian Delph from Manchester City for £8,5-million.

Yet performances have been unconvincing and results poor, with the Toffees losing nine of their last 13 Premier League games. Among them was a defeat to strugglers Norwich City.

This Saturday Everton are at home to high-fliers Chelsea. Silva may be fishing on the misty Mersey instead of swimming with the point-hungry sharks in the English Premier League.

50 Shades of Grey? From chrome pout to Granny Glam