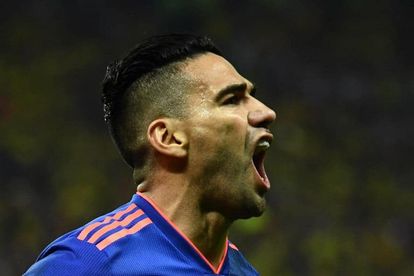 Juan Cuadrado’s 75th-minute strike sealed the deal for Columbia who thrashed Poland 3-0 in their Group H encounter at the Kazan Arena on Sunday.

Yerry Mina opened the scoring in the first half and Rademel Falcao added a second to ensure the South Americans remain alive in a tight group topped by Senegal and Japan on four points each.

With both teams seeking their first win at this year’s World Cup, a defeat meant an early exit with Robert Lewandowski’s side now forced to pack their bags.

There was a lot at stake given the circumstances and there was no lack of interest for a game that promised so much.

It was do-or-die for both Columbia and Poland and as expected, predictions were split right down the middle for what was a highly-anticipated clash, especially for England fans …

I don’t know who I want to win this game. England could end up playing Poland or Columbia depending on who finishes where in group H. #POL #COL #POLCOL #WorldCup2018

The game wasn’t completely useless either for the undecided folk.

Some are watching Poland vs Columbia for fun
Some are just looking for new WiFi passwords #WorldCup pic.twitter.com/XcQ5c994MF

And of course, the unavoidable Escobar connection soon surfaced.

And with that, the build-up was finally over.

Things were frantic from the get-go and so too were the antics.

And the Oscar goes to …

Watching the Poland-Columbia soccer game.. Those Colombian players should win awards for dramatics. The slightest contact results in writhing pain, fists smashing on the ground, and grimaces worthy of an Oscar. Miraculous recovery every time within seconds lol ?

Poland and Columbia need to stop with the acting. #WorldCup18 pic.twitter.com/LV94A473z3

With 30 minutes gone, it was still 0-0. Beautiful or boring?

Poland vs Columbia. Contender for the most boring game of the World Cup. im falling asleep. #WorldCup2018 #FifaWorldCup2018

Ten minutes later and it was neither beautiful nor boring but brilliant for Columbia!

Polish fans at halftime. Vodka out, game over.

Would the White and Reds be able to bounce back?

we cannot keep up with Columbia

we don't know how to counter attack

and the long ball strategy is literally pissing me off

that's not the Poland I know

That man Falcao had other ideas.

And just when life couldn’t get any worse for Poland.

So what does this all mean for Group H?

The Lions of Teranga are anything but home and dry.

What a game Senegal v Columbia will be!

Senegal will have to step up like Columbia are doing tonight playing like an organised unit in order to make Africa proud. #POLCOL #SSFootball pic.twitter.com/hsPOu4C9RP

Group H is interesting. You got Japan, Senegal and Columbia that are all in a race to take the two spots in the group. It could really go to any of them at this point. And then there’s Poland LOL

Giving credit where it’s due. Columbia, take a bow.

Poland again breaks my heart, but hard not to root for and be excited for #Columbia #WorldCup18
Great anthem, great fans, great play and great win for their country. #Salute

What a game. What a crowd. What a night.

BREAKING: Poland have been knocked out of the 2018 #WorldCup courtesy of a 3-0 defeat to Columbia. #POLCOL ?