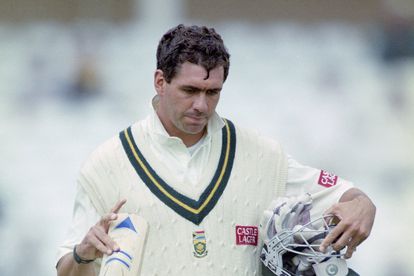 Globally 27 July is significant for many reasons among the U.S. space shuttle Discovery completed a five-day mission commanded by Air Force Col. Eileen Collins. It was the first shuttle mission to be commanded by a woman.

On this day in SA Sports history – 27 July

2016 – Mamelodi Sundowns beat Zamalek of Egypt to end on top of their Caf Champions League group. Masandawana would go on to win the competition.

2012 – Caster Semenya carries the flag at the opening ceremony of the 2012 Olympics in London.

2007 – Jake White announces the Springboks Rugby World Cup squad that he would guide to the Webb Ellis trophy.

2002 – Frantz Kruger wins Commonwealth Games Gold in Manchester with a throw of 66.39 metres.

1998 – The Proteas lost the fourth Test against England at Trent Bridge on this day. Mike Atherton’s dogged resistance in the face of Allan Donald’s fire would prove to be a turning point in the series. England went on to win after drawing level in the fourth Test.

1969 – Proteas legend Jonty Rhodes is born in Pietermaritzburg. Rhodes made his debut at the 1992 World Cup, creating a postcard moment with his full-length dive to run out Inzamam Ul Haq.

1968 – The Springboks beat the British Lions 19-6 at Ellis Park to complete a 3-0 series win over Ronnie Dawson’s side. The Lions won 15 of their 16 non-international matches, losing only to Transvaal but failed to beat the Boks.

1960 – Jan Matsobane “Malombo” Lechaba is born in Pretoria on this day. He spent some time in Portugal turning out for Sport Clube Beira-Mar. He also played for Kaizer Chiefs and Mamelodi Sundowns.