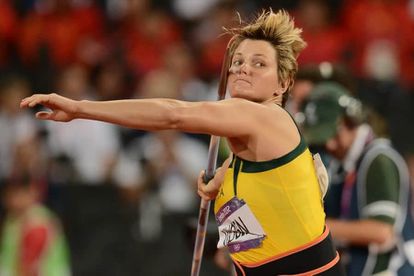 Sunette Viljoen won a silver medal for South Africa in the Rio Olympics earlier this year.

But Minister for Sport and Recreation Fikile Mbalula has failed to come good on his bonus promise TWO MONTHS after our country’s heroes returned home from Brazil.

33-year-old former cricketer Viljoen revealed the minister’s latest cock-up in a series of tweets, after fans asked if she had ever seen the cash she was owed.

That figure is TEN TIMES more than the R70 000 he claimed the athlete’s place on the podium was worth from the South African government.

He has already said that Viljoen “complains too much”, suggesting he won’t be too quick to make good on yet another of his public promises.

If the already well paid soccer stars – at the richest club in the country – are showered with Rand before Viljoen, it will raise serious questions as to the motives and priorities of the ex-ANC youth leader.

Well known for his outbursts, hot air and madcap ideas – maybe the continental champions will just become the latest victims of Mbalula’s desire to be in the spotlight at the expense of anyone and anything.