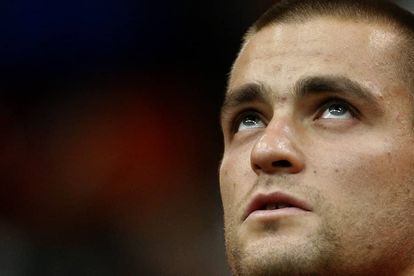 Serena Williams’ reaction to a chair umpire during the final of the US Open over the weekend has caused a lot of huff and puff. There seems to be no middle ground. Tennis legend Billie Jean King has backed her reaction while others have said it was unacceptable.

But Williams isn’t the first tennis player to react so strongly. Here’s a look back at other tennis players who behaved badly when things didn’t go their way.

Much of the discussion around Williams and the way the umpire handled the situation has centred around the final code violation when she called the umpire a thief and a liar. Tellingly, perhaps, is that in many of the cases below, players weren’t punished for the way they carried on.

That probably says more about the way umpires handle matches than anything else. What is clear from the whole debacle is that something needs to change. Williams is not the first and won’t be the last athlete to throw a strop. The context of her reaction might be deeper than the athletes below, but it is quite apparent that verbal abuse violations is relative and inconsistently applied.

Here’s a look at some epic strops thrown by tennis players.

Andrea Petkovic at the Dubai Tennis Championships in 2015

Definition of vloer moer. Petkovic went on to lose in straight sets. The theatrical rant included swearing, screaming, bashing the court while on her hands and knees and pleading for support from the crowd.

Straight up assault to go with the tantrum. David Nalbandian was disqualified from the Queen’s Club Tennis final in 2012 for this reaction.

Novak Djokovic has a reputation of getting very feisty. In 2016 at the Shanghai Masters, he smashed his racket to bits and ripped his shirt as he was losing in the semi-final.

Nick Kyrgios unleashes at the umpire

En route to a our-set defeat against Tomas Berdych at the Australian Open in 2016, Nick Kyrgios told the chair umpire how he really felt.

Take it out on yourself

Mikhail Youzhny took his frustration out on himself in 2008, hitting himself with is racket as he lost a point.

At Wimbledon in 2016, Viktor Troicki called the umpire the “worst ever”, amongst other things. He kept going and going and later refused to shake hands with his opponent. To cap it off, unleashed at the umpire again, this time adding “idiot’ to his list of insults.

Grigor Dimitro is thrice as nice

Breaking ALL of the things.

Marcos Baghdatis does one better

Why break three when you can break four?

Perhaps one of the most famous tantrums in tennis and all of sport was in 1981 when McEnroe called the umpire “the absolute pit of the world”. McEnroe did win his match (and the tournament) but was fined for his outburst. But McEnroe didn’t just do it once, he did it quite often.

PUTCO Bus passengers to be stranded for another day

Gallants taken to court for playing Chiefs in Rustenburg – report

‘Bake your own’: Tweeps react to woman buying R87.95 for bread