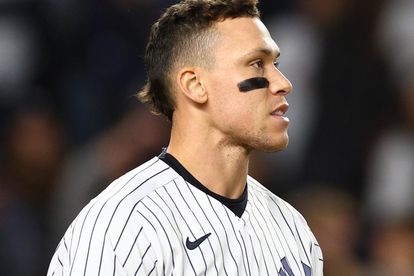 Superstar slugger Aaron Judge has agreed to a Major League Baseball record nine-year deal worth $360 million to return to the New York Yankees, according to multiple reports on Wednesday.

FOR THE LATEST BASEBALL NEWS VISIT THE SOUTH AFRICAN WEBSITE

The 30-year-old US free agent outfielder, who smashed an American League record 62 home runs last season, had rejected a seven-year Yankees offer worth $213.5 million before the 2022 campaign.

His new deal, according to ESPN and MLB’s website plus multiple New York media outlets, means Judge made $150 million by betting on himself in the 2022 campaign, when he led MLB in homers, runs scored with 133 and runs batted in with 131.

Judge, who batted .311, was named the 2022 American League Most Valuable Player.

At an average of $40 million per season, Judge’s contract is the richest in MLB history for any non-pitcher, $4 million more per season than Mike Trout’s 12-year deal worth $426.5 million.

The only MLB players with richer per-year deals are pitchers Max Scherzer and Justin Verlander.

The National League’s San Francisco Giants and San Diego Padres were also pitching offers at Judge, according to reports.

In the 2022 season, Judge chased the AL and Yankees one-season homer record of 61 set by Roger Maris in 1961. The late-season drama of his quest extended to October 4, when he smashed his 62nd homer against the Texas Rangers.

Judge, the 2017 AL Rookie of the Year, sparked the Yankees to 99 wins and their sixth consecutive playoff appearance since his arrival. New York was swept by eventual World Series champion Houston in the best-of-seven American League Championship Series.