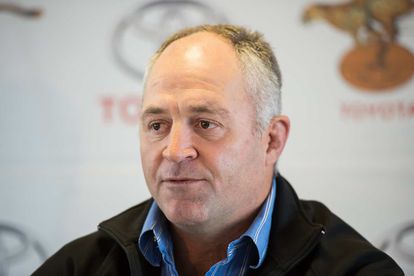 Former Springbok World Cup winner and Super Rugby coach Naka Drotske was pictured Saturday making a thumbs-up sign from his hospital bed after being shot during an armed robbery.

The 47-year-old was wounded in the abdomen and arm late Thursday at the home of his brother near Pretoria when he charged at three intruders, two of whom were armed.

After being rushed to hospital, Drotske was initially listed as “critical” but a hospital spokesperson confirmed to AFP Saturday that he was now “stable”.

Many on social media hailed Drotske as a “hero” for tackling the three men and pushing them out of the house.

Drotske was shot three times during the melee and suffered a severe loss of blood while being rushed to hospital.

None of the other five people in the house, including former Springbok prop Os du Randt, were injured.

Police said Friday they were questioning two men but no arrests had been made.

Capped 26 times by South Africa, he was the first choice four years later when they finished third in defence of the title in England.

He also spent two seasons as a player with the London Irish club.