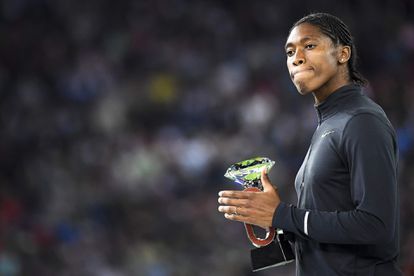 Semenya has lived through a wave of prejudice and stigma throughout her life, and bravely fought against directives from athletics federations to take testosterone-suppressing medication.

Semenya has a congenital condition in which people have atypical sex chromosomes, and in past court documents, she confirmed that her DSD is of the 46 XY variety, meaning that she has female features and male chromosomes.

The condition leads to elevated levels of testosterone in the body, and led athletics’ governing body to create a ruling in 2018 – following her rapid rise to fame – that forbids women with a similar condition to compete internationally.

Ultimately, Semenya had a long-drawn battle with the International Association of Athletics Federations (IAAF) over the rule disallowing athletes with high level of testosterone to take part in 400m, 800m or 1500m races.

That rule prevented Semenya from taking part in the 2019 World Championships in Doha, Qatar and again in the Olympic Games in Tokyo in 2020.

According to a report published on The Telegraph’s website, the former Olympic 800m champion has now opened up – during an HBO documentary – about the struggles she endured.

This included having to make a shock suggestion to athletics officials to prove she isn’t male, while she describes the pain of being forced to take testosterone-lowering medication.

“They thought I had a dick, probably,” Semenya says in the interview. “I told them, ‘It’s fine. I’m a female, I don’t care. If you want to see I’m a woman, I will show you my vagina. Alright?’

“It (the testosterone-suppressing medication) made me sick, made me gain weight, panic attacks, I don’t know if I was going to have a heart attack. It’s like stabbing yourself with a knife every day. But I had no choice.

Semenya eventually refused to take drugs to suppress naturally-occurring testosterone, which cost her a place at the Tokyo 2020 Olympics.