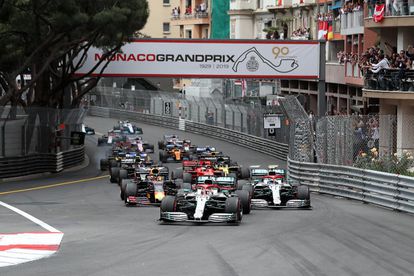 The Monaco Grand Prix, arguably the most iconic race on the Formula One calendar, will be held in late May with 7 500 spectators, the Principality’s government announced on Tuesday.

Spectators coming from outside the Principality will all be required to show evidence of a negative PCR test when they cross the border and in order to enter the enclosure of the street circuit.

“It is important that it is held with both a minimum participation of the public and the highest sanitary conditions,” said the Minister of State Pierre Dartout.

Cancelled last year because of the Covid-19 pandemic, this year’s race on May 23 has sold “already 4 000 tickets”, according to Christian Tornatore, commissioner general of the Automobile Club de Monaco.

These “7 500 tickets amount to one in three places in order to allow distancing”, he said.

Only 3 000 will be allowed for the Friday practice.

There will be no restriction on the origin of the public, notwithstanding PCR tests for those coming into Monaco. Staff will be trained to spot any falsified tests.

Residents, employees of the Principality and Monegasques are exempt from testing.

“We are all eager to ensure that it takes place in the best possible conditions, both for what it represents economically, particularly in the hotel and catering sector, but also for the image of the Principality,” said Dartout.