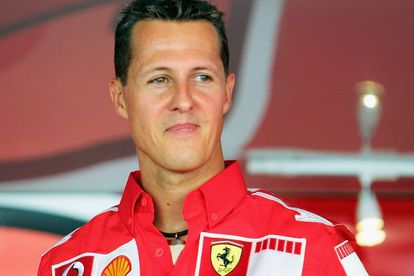 Mick Schumacher’s legendary father Michael holds the lap record at Albert Park and he fondly remembers travelling to Melbourne as a child to watch his dad in action.

Now a Formula One driver himself, the 23-year-old will follow in his footsteps when he races at the Australian Grand Prix for the first time this weekend.

“I’ve been here with my dad and have watched him race in Melbourne, that was really cool, and I’m excited to drive here myself and make my own experiences of driving in Formula 1 in Australia.”

Mick Schumacher fortunate to be in Australia

Schumacher is fortunate to be in Melbourne after escaping uninjured from a horror crash in qualifying for the Saudi Arabian Grand Prix two weeks ago.

He had to be lifted out of his wrecked car after clipping a kerb at high speed and airlifted to hospital for precautionary tests, before being ruled out of the race.

The Swiss-born German said afterwards he was “feeling alright” and his attention is now fully on conquering Albert Park, just like his seven-time world champion father did with four victories in his Ferrari in the early 2000s.

During that dominant run, he set a blistering lap record of 1:24.125 in 2004 which still stands today. It will likely not survive the weekend, with significant changes to the circuit set to shave lap times by as much as five seconds.

“My dad holds the lap record in a 2004 Ferrari. I got the chance to drive that car and it’s an amazing car,” said Schumacher.

“We’ll make our own laps in a similar-looking car, actually. The cars have turned back in time and they’re looking a bit more like they used to with the high front wing, so it will be interesting.”