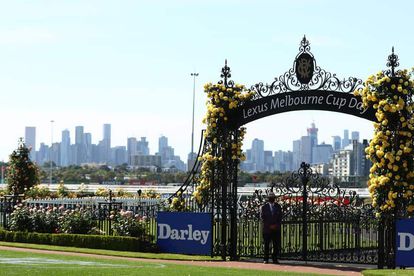 Outsider Twilight Payment has won the 2020 Melbourne Cup on Monday as the race was marred by the tragic death of one of the pre-race favourites, Anthony Van Dyck.

The Jye McNeil-ridden Irish import Twilight Payment led early and broke away from the field on the turn before hanging on late to give trainer Joseph O’Brien his second Melbourne Cup victory and owner Lloyd Williams an incredible seventh triumph.

Anthony Van Dyck, winner of the Derby at Epsom in 2019, failed to finish the race, pulling up 500m before the finish.

The Aidan O’Brien trained horse was loaded into an ambulance, but it was later confirmed it suffered a broken leg and had to be euthanised.

“It is with sadness that we confirm that Anthony Van Dyck had to be humanely euthanised after sustaining a fractured fetlock during the running of the Melbourne Cup at Flemington,” an official said.

“The horse received immediate veterinary care, however he was unable to be saved due to the nature of the injury sustained.”

The race, which usually attracts a crowd of around 100 000, was held behind closed doors because of the coronavirus pandemic.