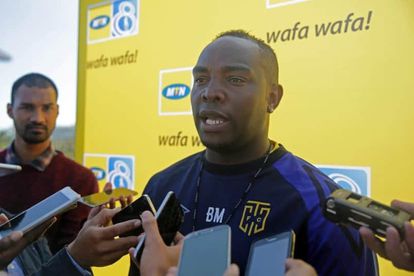 Cape Town City are reeling from their midweek defeat but will have to dust themselves off for  difficult task as they travel to take on Maritzburg United at the Harry Gwala Stadium on Saturday night.

Both sides come off disappointing results as the Team of Choice also suffered a defeat at the hands of defending champions, Bidvest Wits – going down 2-1 on Tuesday.

The defeat meant that Maritzburg fell out of the title race, but are still set for their best ever finish in the PSL, should they maintain some form going into the final five matches remaining in the campaign.

Their opponents have had a tough time of it recently, enduring a four match losing streak before getting back to winning ways last month against Chippa United, as they walked off 2-0 winners at home.

A 1-0 Nedbank Cup last 16 win against Orlando Pirates looked to have signalled a change of fortunes, but they were soon knocked out of the competition in the next hurdle by Mamelodi Sundowns, before going down at home to Golden Arrows in their most recent league fixture.

The Team of Choice have had almost contrasting fortunes as they have won three of their last five league outings, collecting 10 points while finding the net nine times in the process.

The intimidating atmosphere at Harry Gwala has been the undoing of most sides as only Supersport United have managed to walk away with three points there this year, as the home side has put all comers to the sword.

These two sides have only met three times but those encounters have produced no less than 12 goals.

Their last meeting ended in a home defeat for City, who went down 4-2 in a thrilling encounter.

Last season saw a 10-man City register a 3-2 home victory, before United avenged the result with a 1-0 win on their own turf.

The match will be broadcast on Supersport 4, with the live build-up starting at 19:30.