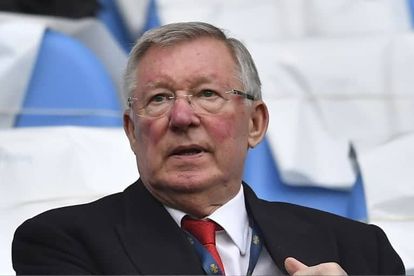 Considered the most successful manager in the history of British football, Ferguson, 76, won 38 major trophies in just over 26 years in charge of United, including 13 Premier League titles and the Champions League twice before retiring in 2013.

United have offered no update no Ferguson’s condition since saying a procedure on the haemorrhage on Saturday had gone “very well” but that a period of intensive care is needed to optimise his recovery.

However, United thanked the many well wishers, including from the likes of rival managers Arsene Wenger, Pep Guardiola and Jurgen Klopp, who spoke of their admiration for Ferguson.

“Manchester United would like to thank its friends in the wider football world for the countless messages of support that have been conveyed following the news that Sir Alex Ferguson underwent emergency surgery on Saturday evening,” United said in a statement on Sunday.

“As well as being uppermost in the thoughts of our own players, past and present, Sir Alex has been the subject of many warm and touching comments from other clubs, governing bodies and individuals in the beautiful game.”

Wenger and Ferguson battled for supremacy in the Premier League during the Frenchman’s first decade of a 22-year stay at Arsenal, which will come to a close at the end of the season.

However, they later became friends and Ferguson presented Wenger with a momento on his final visit to United’s Old Trafford ground as Arsenal manager just last weekend.

“I was with him on the pitch last week. I went to see him in the box after the game and he looked in a perfect shape,” said Wenger, after his final home game as Arsenal boss at the Emirates.

“He told me he is doing a lot of exercise, and he looked very happy but that kind of accident can happen. We wish him all well and to recover very quickly. He is a strong man and an optimistic man.”

Sunday saw runaway winners Manchester City, United’s local rivals, receive the Premier League trophy as Guardiola added an English title to the Spanish and German ones he won in charge of Barcelona and Bayern Munich respectively.

“All the Manchester City fans in the stadium, you cannot find one person who does not wish the best for an amazing person,” said Guardiola.

As City fans spilled onto the pitch at the Etihad in celebration on Sunday, a banner reading: “Football aside get well Fergie” was held aloft.

Ferguson famously described his mission upon joining United from Aberdeen in 1986 as knocking Liverpool “off their perch”.

He duly did so as United overtook Liverpool as the most successful side in English domestic football.

And Liverpool manager Klopp described Ferguson as “absolutely the boss”.

“When I heard the news yesterday I really couldn’t believe this could happen. He is absolutely the boss,” said Klopp after Liverpool’s 1-0 defeat at Chelsea on Sunday. “I wish him the best.”

“I have had the chance to know him and his wife. I understand that this is a special person. Not a normal person.”

An ambulance was called to Ferguson’s home in Cheadle, near Manchester, at 9:00 on Saturday.

Concerns for the Scot’s health then started to mount when it was announced his son, Darren, the manager of English third-tier club Doncaster, would miss his side’s match against Wigan because of “family reasons”.

A brain haemorrhage is bleeding in or around the brain following the rupture of a blood vessel, which can be caused by elevated blood pressure, aneurysms or physical trauma.

Operations to relieve the pressure of excess blood in the brain, as has been the case with Ferguson, are crucial if sufferers are to avoid brain damage or even death.

Bryan Robson, a former United and England captain who played under Ferguson at Old Trafford, said he was hopeful the haemorrhage had been diagnosed early enough to avoid life-threatening damage.

“Hopefully they’ve found the bleed in the brain early enough and it doesn’t affect the boss in any way,” said Robson.

“Everybody respects him highly for what he did in the game. Everyone thinks it was all this ‘hairdryer’, but the boss enjoys a good time, really enjoys his racing and is good company when you’re around him.”