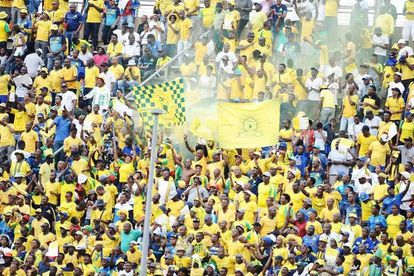 Mamelodi Sundowns vs Barcelona is set to be one of the most iconic games to take place in South Africa. With massive stars like Lionel Messi and Luis Suarez confirmed to play in the match, this showpiece event is set to live up to the hype.

Barcelona return to face the PSL champions 11 years after the sides first met. It was the Spanish title-winners’ maiden visit to South Africa, as they ran out 2-1 winners against the Sundowns.

Now, the hosts have a chance for revenge. Although, this fixture is being played in a kind spirit. Barcelona agreed to be part of the celebrations for #Mandela100, commemorating a century since the legendary leader was born.

How many tickets have been sold so far?

Jacques Grobbelaar is a CEO for Stadium Management SA. The FNB Stadium (venue for the game) falls under his remit and he’s very much been the source of all the breaking information so far. He was the first to confirm the kick-off time, as well as ticket prices.

Now, we’re getting regular updates from him on how fast these tickets are going. Yes, as you’ve guessed, they’re flying off the shelves:

Dr Grobbelaar revealed that the entire allocation of 78 787 has sold out, just 72 hours after going on sale. If that doesn’t convince you how much of a religion football is to South African fans, nothing will.

Will more tickets be made available?

That looks like a no. Stadium Management SA have explained that, although the FNB Stadium is a 94 000-seater, there is a health and safety risk for packing it full to the rafters at such short notice.

That, unfortunately, is your lot.

Can I watch Mamelodi Sundowns vs Barcelona on TV?

It would appear so. Sundowns’ spokesperson Thulani Thuswa confirmed that SABC 3 will definitely broadcast the game earlier this week. We are still awaiting final confirmation as to whether it will be on SuperSport, also.