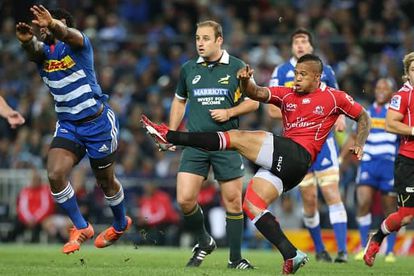 A new Springbok coach announcement always brings a build-up to a new Springbok captain, and a new captain is necessary this year following the international retirement of all of Heyneke Meyer’s ones.

Warren Whiteley’s leadership through words as well as example of a constantly improving Lions team puts him right up there in the list of candidates.

In Meyer’s time at the helm, Juan de Jongh was selected for a couple of tests in 2012, then found himself ignored for the rest of the coach’s tenure and could only watch as the coach went through a hatful of different centres.

With the injury curse seemingly falling on flyhalves this year, Elton Jantjies has been thrust more into Springbok spotlight and and hasn’t done his chances any harm at all so far.

He’ll be keen to keep up the trend of confidently dictate the Lions’ play, unlike what happened during his short stint at the Stormers under Coetzee.

One of the many players that have been put into the “exciting, but too small” category for South African rugby players, Cheslin Kolbe will want to show that there’s hope for the light steppers in this new Springbok regime.

Apart from 2 minutes off the bench against New Zealand last year where he didn’t get to touch the ball, Lionel Mapoe also found himself in the Juan de Jongh boat of being an in form South African centre that somehow always gets overlooked come selection time.

An eye-popping 2014 was followed by a somewhat ho-hum 2015 for Nizaam Carr and he’ll need a sterling 2016 for the Stormers to get back in contention in the extremely competitive category of Springbok loose forward.

He’ll be hoping that Jaco Kriel fails his last minute fitness test, as his absence could free up more ball for opposition loosies to enjoy.

In a Lions team that tries to bring their wingers into play as much as they can, Ruan Combrinck has impressed with his stepping, finishing and his playing intelligence. What more could you want?

After bursting onto the Super Rugby scene last year for the Stormers, Vincent Koch has seemingly spent the last 8 months rehabilitating himself from the total mangling he received from Argentina’s Marcos Ayerza in his Springbok initiation last year.

A good showing in a starting role against a strong Lions scrum could put him back onto the green and gold path.

DCS confirms re-arrest of inmate who ESCAPED from Pollsmoor