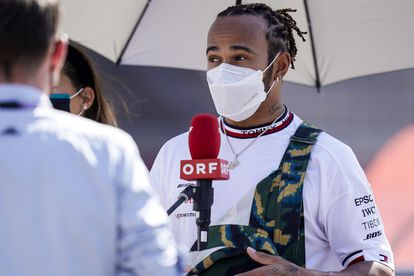 Lewis Hamilton riled Max Verstappen on Wednesday ahead of the Monaco Grand Prix suggesting the Red Bull driver “feels he has a lot to prove”.

The Mercedes seven-time champion leads Verstappen by 14 points after four races in what is emerging as a gripping two-horse race for the 2021 drivers crown.

The pair have produced some electric wheel-to-wheel action and Lewis Hamilton acknowledged the “respect between us”.

Their two cars have touched only once, at the first corner in Imola, with Hamilton saying: “I think I’ve done well to avoid all the incidents so far, but we’ve got 19 more (races) to go and we could connect, hopefully not.”

He added: “I think perhaps (Max) feels he has a lot to prove.

“I’m not necessarily in the same boat there and I’m more long-term, ‘it’s a marathon not a sprint’ sort of mentality, which is ultimately why I have the stats that I have.

“So I’ll continue with that and I’ll do everything to make sure that we avoid connecting.”

“I have nothing to prove,” Verstappen bristled when appearing later at the same Monaco media briefing.

“And avoiding contact, I think it goes both ways. So we have done well, that’s true. But we race hard, we’ve avoided contact both sides, so let’s hope we can keep doing that and keep being on track and racing hard against each other.”

Monaco’s iconic street circuit is back on the F1 menu after last year’s race was dropped from the coronavirus-disrupted season.

The presence of 7 500 fans is also an indication that slowly and gradually a degree of normalcy is returning to the sport’s landscape.

In 2019 Lewis Hamilton narrowly held off Verstappen to claim his third win in Monaco, and given Red Bull’s improved performance this term he anticipates a ferocious fight on Sunday.

“Red Bull are going to be very, very hard to beat this weekend. This is a track that has always been strong for them, and given how close the gap is between us, you can imagine this weekend they could be ahead,” said the Briton.

“But we’re going to do everything we can to make sure that’s not the case.”

“We head into the weekend knowing they are the team to beat,” said the Austrian who was thrilled to be back at the legendary F1 venue.

“It’s such a unique, intense weekend for the drivers and the team, with no margin for error. It puts the fire under your ass, and we love the challenge.”

With Friday a rest day in Monaco first and second practice is held unusually on Thursday, ahead of third practice and qualifying on Saturday.

Hamilton is going for his 101st pole position and 99th win this weekend, while Verstappen has yet to take the chequered flag in the Principality.

Fish Hoek Beach closed to public due to sewer overflow