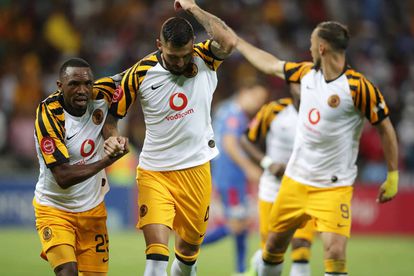 Kaizer Chiefs are looking to end a trophy drought stretching back to 2015. With nine PSL matches left, we look at their remaining fixtures and see how difficult their title run in could prove to be.

With the news this week than Jozef Vukusic looks set to depart as Usuthu coach, this game may just have become a lot more difficult. With Lebogang Manyama, Leonardo Castro and Willard Katsande suffering injuries in the win against Pirates, it could mean a depleted Amakhosi side faces an AmaZulu team with some famous “new manager bounce”. This game does still have three points written all over it though.

Despite this game taking place in mid-March, it will be the first time these sides have met this season. Thankfully for Chiefs, Wits look to be out of the title race and having lost three of their last five league games, their attention appears to be more on the Nedbank Cup. They play a quarter-final against Real Kings just a few days earlier and may not be 100% focused for this one.

This will be a very difficult game for Chiefs with Polokwane City firmly in a relegation battle but having won their last two matches and now coming back into form. Clinton Larsen’s men will have 14 days to prepare for this game and they beat Chiefs 1-0 in the first round clash between these sides. The one saving grace for Ernst Middendorp’s team is that this game won’t be at the tight Old Peter Mokaba Stadium where Polokwane City look most comfortable.

This will be a Sunday afternoon, post-church game which so often sees strong and vocal crowds come out to support Celtic. Hloni Seema’s team are inconsistent but in Ndumiso Mabena they have one of the league’s most under-rated attackers, whilst they also have several vastly experienced players in defence and midfield to call upon. This looks a real banana skin despite Chiefs’ 5-3 win in the first round against Celtic.

Having won 4-0 in the first clash between these sides in Cape Town, Chiefs will see this as a non-negotiable three points, especially with a full week to prepare and with the game moved to Durban where Chiefs get massive crowds. Steve Barker’s team were undone by an aerial assault in the reverse fixture and could again face a bombardment by Samir Nurkovic.

The big one: Kaizer Chiefs vs Sundowns

This will be a midweek fixture at it stands, and one where Chiefs will hope that can afford to draw or even still retain top spot if they were to lose. In the reverse fixture, Chiefs managed a 2-0 win despite having just eight shots to a massive 26 attempts from Sundowns. Profligate finishing and some last-ditch Chiefs defending saved the day but at some point, an opponent is going to convert some of their big chances and hand Chiefs a two-to-three goal defeat.

Is Manyama now frontrunner for POTS?

On the small and tight Bidvest Stadium pitch, this would have been a battle of which side can play direct football more effectively. However, the game has been moved to Moses Mabhida Stadium in Durban and will feel like a home game for Chiefs – a significant advantage.

Gavin Hunt’s men possess some resolute, aerial-strong defenders like Thulani Hlatshwayo, Buhle Mkhwanazi and former Chiefs man, Lorenzo Gordinho though and won’t be fazed by the long-ball approach that Middendorp has favoured this season.

A win for Chippa against AmaZulu in Norman Mapeza’s final game in charge took them to 25 points and around 5-6 points from safety. By the time they face Amakhosi, they should be safe from the drop and could have nothing to play for as the seasons winds down. Chiefs simply have to target nothing less than a win from this game.

Chiefs will go into the final league fixture against Baroka hoping that they have already secured the title and can celebrate in this match. Failing that, they will pray that Bakgaka are safe from relegation and not 100% focused to get a result. This still won’t be an easy match as Baroka always raise their game against Chiefs and should have taken a least a point in the 1-0 reverse fixture defeat.

Chiefs have a massive game against Sundowns and have to face Wits twice, but their run-in looks a little less challenging than Sundowns, who have to travel to Highlands Park and Maritzburg United. The likelihood is that Amakhosi will go into the game against Sundowns with a narrow lead and could be in a position to shut up shop and avoid defeat. Avoiding away games at Old Peter Mokaba and Bidvest Stadium is also a real boost with those venue changes.