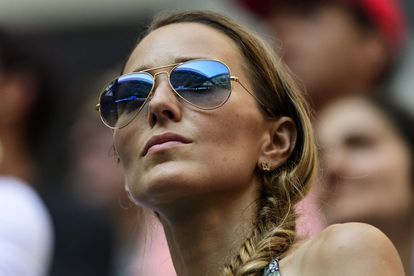 Jelena Djokovic watching husband Novak Djokovic of Serbia in action against Joao Sousa of Portugal in the fourth round of the US Open at the USTA Billie Jean King National Tennis Centre on September 03, 2018 in New York City, United States. (Photo by TPN/Getty Images)”n”n

Jelena Djokovic watching husband Novak Djokovic of Serbia in action against Joao Sousa of Portugal in the fourth round of the US Open at the USTA Billie Jean King National Tennis Centre on September 03, 2018 in New York City, United States. (Photo by TPN/Getty Images)”n”n

Novak Djokovic, ranked as the best on the planet, is entertaining enough at full flight but, now and then, Jelena Djokovic, formerly Ristic, cheering him on rather passionately on the sidelines.

She’s not shied away from the limelight and has been with Nole for many years. Jelena often shares snaps on Instagram, offering snippets of the couple’s life.

Jelena has made the trek Down Under, and you can expect to see her cheering her husband on when he takes on Rafael Nadal in the Australian Open on Sunday.

The couple met in high school and have been dating since 2005. Nole popped the question in 2013. The couple got married one year later. She was born in Belgrade on 17 June 1986.

They are parents to two children

Nole has said of parenthood;

“It has definitely given me a larger dimension and perspective in life.

“It has deeply fulfilled me like nothing before. Everything that I have achieved so far and done in my life, and I have experienced some very joyful moments – but nothing could compare to becoming a parent.

“My wife and I were really blessed to have this opportunity to become a parent, and we try to enjoy every moment of it.”

She’s the director of his foundation

Jelena is one of the main driving forces behind the foundation – she serves as its director.

Jelena obtained a degree in Business Administration and Management back in 2008 from Universita Bocconi, and later bagged a Masters in Luxury Goods and Services from the International University of Monaco.

Beyond the academic world, her reported interest include entrepreneurship, writing and nutrition.

Founded her own consulting firm

Mrs Djokovic is a Jill of all trades, and her own little project that’s dear to her heart is one bearing her name, Jelena Ristic consulting.