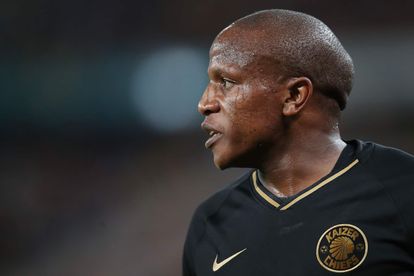 Lebogang Manyama of Kaizer Chiefs during the Absa Premiership 2019/20 match between Kaizer Chiefs and Highlands Park at the FNB Stadium, Johannesburg on the 08 January 2020 ©Muzi Ntombela/BackpagePix

Lebogang Manyama of Kaizer Chiefs during the Absa Premiership 2019/20 match between Kaizer Chiefs and Highlands Park at the FNB Stadium, Johannesburg on the 08 January 2020 ©Muzi Ntombela/BackpagePix

Rewinding to last May, Kaizer Chiefs and Manyama were coming off a very poor campaign. Amakhosi had finished ninth and lost the Nedbank Cup final to lower league opposition in TS Galaxy, whilst the man nicknamed “Kaka” scored no domestic goals (and just one against minnows Zimamoto in the CAF Confederations Cup overall), whilst he provided no assists at all.

Bouncing back from injury

Yes, he had suffered a knee injury in January which ruled him out of action for a few months,  but his performance levels after arriving were really disappointing as he looked rusty and several kilograms overweight after a poor time at Konyaspor in Turkey.

This season started on exactly the note that he needed – an intense preseason under Ernst Middendorp to get himself slim and fit and ready to recapture the form which led to him winning PSL Football of the Season in the 2016-17 season when at Cape Town City.

Five PSL talking points from round 23

His 11 league assists this season are the most in the ABSA Premiership, whilst he created one other goal in the Telkom Knockout for a total of a dozen so far. That is some turnaround having failed to assist last season. Manyama’s deliveries from wide areas in open play and from set plays are crucial to Chiefs’ aerial attack whilst he brings some subtlety and scheming to an attack which has seen Khama Billiat below his best.

Manyama has added a further seven goals by scoring himself – including the crucial match winning goals in league victories against Baroka, Golden Arrows (in the 93rd minute) and against Pirates. Those strikes have all come in narrow 1-0 wins in games which Amakhosi looked short of ideas in attack before their playmaker stepped up.

Many players across the league have excelled this season, such as Gabadinho Mhango, Themba Zwane, Andile Jali and Bradley Grobler, whilst Manyama’s Chiefs teammates like Samir Nurkovic, Erick Mathoho and Daniel Akpeyi also have a decent case to challenge for individual honours.

However, based on what we have seen so far, Manyama is the front runner for the Player of the Season award if he can get Chiefs over the line and lifting the PSL title. Ernst Middendorp also deserves some of the credit for getting the 29 year old fully fit again and turning him into a versatile performer who can play as a number ten or in a deeper midfield role.