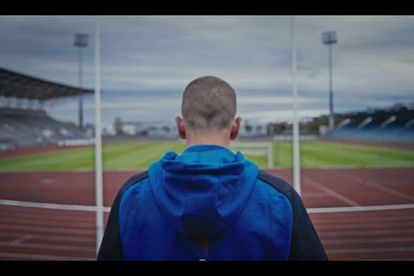 When Argentina took on Iceland in the World Cup on Saturday, it was pretty much the old football banter staple of seasoned pros coming up against players with day jobs other than football.

The unfancied first-time qualifiers stunned the star-studded South Americans, as they put on a spirited performance to hold them to a one-all draw, and grabbing the headlines was film-director, Hannes Halldorsson who thwarted one of the game’s megastars, Lionel Messi’s effort at putting his side ahead.

The Icelander was carrying out his part-time duty as the goalkeeper of his national side when he was faced with the biggest task he’s had to undertake under that title, denying one of the greatest ever players to step onto the football field a chance at goal from the penalty spot – and he did so with great aplomb.

In his other job, Halldorsson has also had to deal with another big name – this time in the form of a global brand – and they don’t come much bigger than Coca-Cola.

He directed and featured in the brand’s ad, which also features some of his teammates and their now-famous fans en-route to their historic World Cup appearance.

Watch: Coke ad directed by Hannes Halldorsson in video below

Iceland’s goalkeeper produced this Coke advert, then went to the World Cup and saved a penalty from Messi. Give him the Ballon d’Life. pic.twitter.com/fJXayMcomV

While there were familiar faces in the Iceland side, such as Everton’s Gylfi Sigurdsson and their skipper, Aaron Gunnarsson, a decent chunk of their squad is relatively unknown.

One player reportedly took up a job in a salt factory as a way to deal with the boredom experienced in the downtime that comes with being a professional footballer.

Read: World Cup: Why do all Iceland players have a surname ending in “son”?