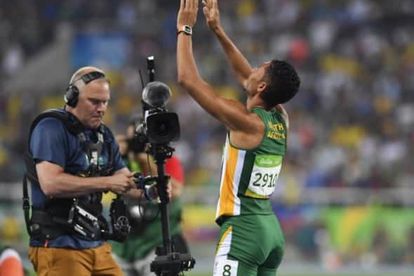 While the hashtag #ColouredExcellence was trending on South African Twitter in the days that followed Wayde van Niekerk smashing the 400m world record, international media organisations chose to cover his win in their own ways.

CNN: Olympian accomplishes what his mother wasn’t allowed to

CNN focused on how van Niekerk’s mother, Odessa Swarts, couldn’t qualify for the South African national team during the apartheid.

“If I had all those opportunities, my son wouldn’t be here today. That era wasn’t meant for me — it was meant for the generation that’s coming through now,” she said. “We never had the opportunity to be on the world stage, as our athletes are doing now. God had a plan for this era.”

The Guardian wrote about van Niekerk’s grandmother’s “no-nonsense approach” to his preparations, and how he flourished under her tutelage.

Early in their relationship, she had the prescience to switch Van Niekerk from the 200m – the event he won in the national championships aged 18 – to the 400m, as she was concerned about the number of injuries he was picking up.

“Hopefully next season, if he is in good shape and my coach puts the meet on again, I get a chance to run. I would really like to compete against him over 300m; that would be good.”

The Times of India: Bolt open to 300m showdown with Van Niekerk

The Times of India also ran with this story by Agence France-Presse, but chose to highlight Bolt’s little jab at van Niekerk.

Bolt couldn’t resist one tiny dig, however, saying he would be world 400m record holder should his coach Glen Mills have had his way.

“Van Niekerk is so young, what else can he do? Can he go under 43 seconds? It is something I thought I could do, but never did,” the American said.

“Usain Bolt will be retiring soon, so this guy could be the next star.”

New York Times: Meet the great-grandmother who coached a track star to a world record-breaking performance

The New York Times did an exclusive piece on Ans Botha and how the security guards wouldn’t let her get onto the track at the Olympic Stadium to congratulate her grandson.

Botha eventually made it there with the help of Team South Africa, as they explained that the great-grandmother trying to get on the track was actually the coach of track star Wayde van Niekerk, who had just broken the world record for the 400 meter sprint and won the gold.

The Independent tried to work a new angle by saying van Niekerk spent the hours before his “date with destiny” watching the Premier League game between Liverpool and Arsenal at the Emirates Stadium.

“My brother is an Arsenal fan. Now I’ve got the world record and Liverpool beat Arsenal.”

In a column for The Washington Post, Associated Press journalist, John Leicester, addressed the issue of van Niekerk being asked whether he was on drugs.

So, of course, Wayde van Niekerk had to be asked whether he is on drugs after he broke Michael Johnson’s 17-year-old world record in the Rio Games’ 400-meter final. Hopefully, Van Niekerk didn’t take the questions personally.