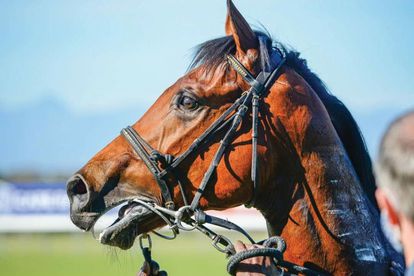 The Spring season proper gets underway at Hollywoodbets Durbanville on Saturday, 1 October with the Hollywoodbets Matchem and Diana Stakes. Photo: Cape Racing

The Spring season proper gets underway at Hollywoodbets Durbanville on Saturday, 1 October with the Hollywoodbets Matchem and Diana Stakes. Photo: Cape Racing

The Spring season proper gets underway at Hollywoodbets Durbanville on Saturday, 1 October with the Hollywoodbets Matchem and Diana Stakes being run over 1 400m. Both are Grade 3 events.

Cosmic Highway (speed score 112) impressed in the Diadem Stakes and is a high-quality sprinter miler. He has not run for 17 weeks and is drawn widest of all at 10, but his class and turn of foot could prove decisive. Kannemeyer Racing stablemate, Russian Rock (s/s 108) is a true pace, 1400m expert with good course form and a more favourable draw of 2 so should also be taken seriously.

Candice Bass Robinson has equally strong representation with Trip of Fortune (s/s 112) and Resonate (s/s 108). Trip of Fortune used his powers of acceleration to run down Russian Rock over this course and distance a year ago and was mightily impressive in his recent seasonal debut to stay perfect over 1 400m. Resonate is developing into a seriously smart performer and looks teed up to run a big race from pole position.

2022 Drill Hall Stakes victor, Silver Operator (s/s 109) only succumbed narrowly in the 2021 edition of the Matchem Stakes when Vaughan Marshall trained companion Seeking the Stars proved half a length superior. He is another obvious threat given those quality performances over seven furlongs.

Of the balance, Captain of Stealth (s/s 104), Look for Hounds (s/s 106) and ultra-game Rockin Ringo (s/s 106) are pace threats that could prove vulnerable late whilst Speed Machine is tremendously talented (s/s 108) but reserves his absolute best for when it comes up mud. That leaves temperamental middle-distance ace, Pomp and Power (s/s 109) who will probably find this too sharp but as a proven Grade 1 victor must be closely monitored.

The seven runner Hollywoodbets Diana Stakes is a tricky puzzle to unravel. All six of the older fillies have speed figures closely clustered between 100 and 106 but with only Kwinta’s Light having run recently. All the others are returning from layoffs upwards of nine weeks. Add hard-to-assess three-year-old, Dynasty youngster Tipsy Tarragon (s/s 96 +) carrying only 50,5 kg’s, who could be dangerous off that light mass with just a little bit of natural improvement, and it becomes tough to call.

Chansonette (s/s 107) is best performed of the four-year-olds having forged her reputation with a sequence of outstanding runs in prestigious Grade 1’s during the Cape Summer of 2021/22. She comes in here off 35 weeks break prepared by expert conditioner, Andre Nel and will be ridden by Grant van Niekerk, himself staging a return to race-riding after a back problem.

Toughest race on the card

Chansonette holds have an obvious class edge. Andre Nel never runs unfit horses, hence the excellent strike rate his stable is renowned for maintaining over the years. However, Chansonette is using this race as a stepping stone to Grade 1 glory during Summer and is unlikely to be fully primed off such a lengthy spell.

Justin Snaith is three-handed – with Tipsy Tarragon, an intriguing and somewhat hard-to assess entry, supported by likely controlling speed, Kwinta’s Light (s/s 101) who is the only runner with recent form, and steady, off pace closing mare, Veronica Mars (s/s 100).

Likewise, Candice Bass Robinson sends out three entries – Going Up (s/s 104) who caught the eye with a flashy finish in the Olympic Duel Stakes; Dancetildaylight (s/s 102) – has a slightly spotty record due to coughing issues but goes well fresh and likes the country course; together with Santa Maria (s/s 106) who also mixes her form but can blitz home on her day, and is 2/2 around these bends.

This is an awkward race given fitness queries about the principal candidates. Fixed odds punters should watch the prelims closely and then shop around for perceived value in the betting market, whilst exotic punters may need to spread to get through this Leg of the Picks.