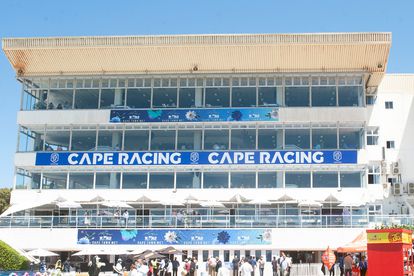 Cape Racing has announced Hollywoodbets as the new naming rights sponsor of Kenilworth and Durbanville racecourses.

Through this sponsorship, the two organisations are working together to create much improved venues and experience for race-goers, which will bring together communities and showcase the thrill of horse racing to new and old crowds.

This initiative includes the upgrading of facilities, bringing a number of bookmakers back on course and fun activities for all, as well as bigger fields with the introduction of the recently launched RaceCape campaign powered by Hollywoodbets.

Hollywoodbets and Cape Racing have also combined to introduce a new programme to Western Cape racing to recognise the crucial role played by grooms.

Grooms will receive a R1 000 cash bonus for every win, paid jointly by both parties.

Hollywoodbets will sponsor the last race of each meeting

Following the huge success of the Grooms Initiative project in KwaZulu-Natal, focusing on this important sector was an integral component of this partnership.

Hollywoodbets will also sponsor a Work Riders’ series, with the goal of promoting and developing future stars.

The series will encompass 10 races culminating in a spectacle race against jockeys.

In addition to the new naming rights deal, Hollywoodbets will sponsor the final race of each meeting, the Hollywoodbets Bright Future Stakes.

Greg Bortz, chairperson Elect of Cape Racing, added: “We are intensely focused on reinvigorating and uplifting this wonderful sport of ours, not just for the racing fans, but for those key employees and stakeholders who are the building blocks underpinning it all. In Hollywoodbets, Cape Racing has found a sponsor and partner with a shared value system and outlook.

“The naming rights sponsorship and other projects are just the beginning of our involvement and race goers in the province will see a lot more of our signature purple branding in the near future.”

Devin Heffer, Brand and Communications Manager at Hollywoodbets, said: “Hollywoodbets is absolutely thrilled to be involved with Cape Racing and we are looking to breathe new fire into racing in the Western Cape.”

The above initiatives will all start from Wednesday, 7 September, 2022.