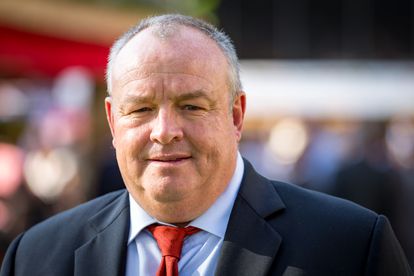 Top South African trainer Mike de Kock has given feedback on a global strategy he and son Mathew have been keen to implement. Photo: hamishNIVENPhotography Hollywood Syndicate

Top South African trainer Mike de Kock has given feedback on a global strategy he and son Mathew have been keen to implement. Photo: hamishNIVENPhotography Hollywood Syndicate

Mike de Kock, who is back in South Africa after a visit to Australia for the last several weeks, has given feedback on a global strategy he and son Mathew have been keen to implement since before the latter left to join the Robbie Griffiths stable in Cranbourne early in 2020.

Mike de Kock, who spent time in Cranbourne at the Griffiths De Kock stable, said their plans to shift horses between the respective operations in South Africa, Dubai and Australia can be realised, because there is enough to suggest that South African, and especially Dubai form, will stack up in Australia.

Writing on the Mike de Kock website, he said: “Our Grade 2 SA Nursery winner Najem Suhail (Starspangledbanner) had a jump-out at Cranbourne just recently, this was a trial run before he goes to the racecourse, and he annihilated the other trial runners without coming off the bit. We don’t know the strength of the other trial runners, but the way Najem Suhail ran was most encouraging. He’s been off for two years with niggles, has much to come and the trails are generally an indication of what to expect. He’s really turned into a nice horse, a good prospect there.

“Then we had Magical Land (Frankel) in a race recently, he finished third in a handicap over 1200m, not far off after being slow away and looking really good over a distance short of his best. He’s a horse that placed three times for us in the Dubai Carnival earlier this year and came within a nose of winning his Meydan debut.

“So while they are two hard knockers, decent runners, we’d be able to bring even better from Dubai and even from South Africa. Our former runner Yulong Prince, a G1 winner in South Africa, didn’t manage a win at top level in Dubai but later won a G1 in Australia for Chris Waller and was described by Racenet as ‘an elite kind of racehorse’.

“We look forward to the lifting of restrictions on bloodstock out of South Africa, there is a long-awaited audit from the European Union due in October. We still have faith in the South African thoroughbred and we’re really keen to see how they perform in Dubai and South Africa. We believe they will hold their own at top level, like Yulong Prince. There is great potential for Australian buyers to be purchasing yearlings In South Africa, especially considering the exchange rates. Especially fillies from the top level at well under the market prices they’ll pay elsewhere, to export to Australia.

“Our aim now is to move runners between the annual Dubai Carnival and Australia and the advantages are clearly evident. Shipping horses between Dubai and Australia is a relatively quick and seamless process; the stake monies on offer in both jurisdictions are just phenomenal, especially at the Carnival, where above average runners can earn life-changing purses during the superb Meydan Racing Extravaganza.

“Importantly, we can send runners that will ordinarily have about eight months off between the end of the Carnival in April to January of the following year, to Australia, to compete in some of the best races here. They’ll arrive at a good level of fitness and have a chance of winning stakes throughout the year and thereby maximise their income potential. Similarly, when they’ve completed their Australian stints they can return to Dubai for the Carnival.”

Mike de Kock appealed to owners to support this venture and said: “We’ll be mapping out individual plans for every runner looking at the best possible opportunities on both racing calendars and pointing them at the best suited events.”