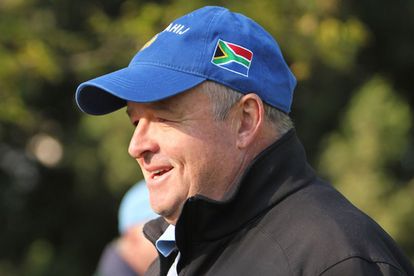 A crowd in excess of 30 000 watched the 126th renewal of the R5 million Hollywoodbets Durban July at Hollywoodbets Greyville on Saturday. Photo: Mike de Kock Racing

A crowd in excess of 30 000 watched the 126th renewal of the R5 million Hollywoodbets Durban July at Hollywoodbets Greyville on Saturday. Photo: Mike de Kock Racing

A bumper crowd in excess of 30 000 watched the 126th renewal of the R5 million Grade 1 Hollywoodbets Durban July at Hollywoodbets Greyville in Durban on Saturday.

After two years of Covid-19 induced silence on course, the crowds came back in their numbers after Health Minister Joe Phaahla’s timeous repeal of  the restrictions on event attendance at the end of June.

With new sponsors’ Hollywoodbets grabbing the marketing and promotional baton with zeal, Africa’s greatest horseracing generated shades of its traditional buzz and appeal.

The 2013 Durban July history-making winning jockey, Wilgerbosdrift-sponsored S’manga ‘Bling’ Khumalo found himself at the centre of a minor sideshow controversy in the build-up when he parted company with his regular dual Grade 1 L’Ormarins Queen’s Plate winning mount Jet Dark to take the reins on Sparkling Water, who is owned by his sponsors, Wilgerbosdrift.

The decision proved on the mark, as Sparkling Water (16/1), the sole member of the fairer sex in the class of 2022, romped clear off a modest pace into the final 300m, to beat Jet Dark (16/1) by 3 lengths in a time of 135.08 seconds and give Mary Slack a first Durban July success, after her parents Harry and Bridget Oppenheimer won it six times in their famed yellow and black strip.

Another De Kock runner, Safe Passage (11/2) was the first three-year-old home in third, a further 0.30 lengths back.

History chasing seven-year-old Do It Again (8/1) led the charge in the latter stages, but was consumed late by the top three.

Sparkling Water was Mike de Kock’s third fairer sex victress in the big race after Ipi Tombe (2002) and Igugu (2011) – and his fifth overall.