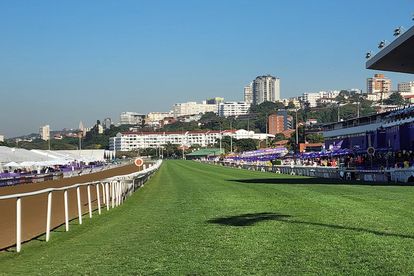 Sparkling Water, the only filly in the race, has won the R5 million Grade 1 Hollywoodbets Durban July for trainer Mike de Kock.

S’manga ‘Bling’ Khumalo was the winning jockey. It was his second Durban July victory having done so in 2013 aboard Heavy Metal.

It was De Kock’s fifth Durban July win, trying Justin Snaith for the number of visits to the winners’ circle.

Second place went to Jet Dark, with race favourite Safe Passage in third and two-time previous winner Do It Again in fourth.