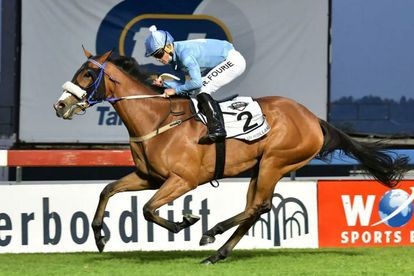 The ante-post betting ahead of the Grade 1 Hollywoodbets Durban July to be contested at Hollywoodbets Greyville on Saturday, 2 July has seen some significant changes following the scratching of two favourites.

This year will be the 126th running of the Durban July

Hollywoodbets have set the pace by opening the ante-post betting for the big race which is now less than six weeks away.

The latest odds have seen significant shifts following the withdrawal of the Sean Tarry-trained Rain In Holland who was the joint-third favourite prior to her pulling out.

In addition, Justin Snaith’s Double Superlative will also not take his place in the starting stalls.

Finally, two-time Durban July winner Do It Again has seen his odds slashed following his WSB 1900 win at Greyville recently.

The favourite remains Grade 1 Jonsson Workwear Cape Derby champion Pomp And Power who is now on offer at 5/1.

Kommetdieding and Do It Again can both be backed at 8/1, followed by Linebacker and Sparkling Water at 10/1.

Kommetdieding, known as the ‘people’s horse’, is the defending champion. He’s owned by Ashwin Reynolds and is trained by the father-daughter duo of Harold Crawford and Michelle Rix.

Aragosta and Zapatillas can both be backed at 16/1.