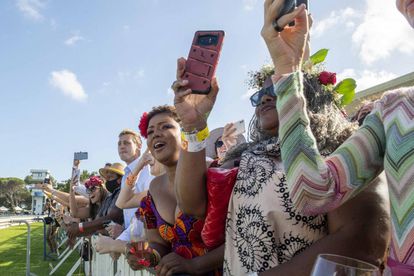 Thanks to a R15 million stakes sponsorship by Hollywoodbets, Cape Racing has announced a minimum 35% increase in stakes for the coming season. Photo: Supplied

Thanks to a R15 million stakes sponsorship by Hollywoodbets, Cape Racing has announced a minimum 35% increase in stakes for the coming season. Photo: Supplied

Thanks to a R15 million stakes sponsorship by Hollywoodbets, Cape Racing has announced a minimum 35% increase in stakes across the feature and minor race programme for the coming season.

There have been particularly high increases for lower-level handicaps and Maiden Plates, especially during the ‘Out of Season’ programme (March 1 – October 31).

The increases also ensure that no race will be run for less than R100 000 during the ‘Summer Season’ (November 1 – February 28).

Meanwhile, Cape Racing also announced the launch of the Cape Summer Festival, an exciting innovation coming to the region for the first time.

Of the 22 meetings during the Summer Season, nine will be designated as Summer Festival meetings. Races on Summer Festival days will be contested for even higher stakes.

The dates of this season’s Summer Festival days are:

“It has been very apparent that prize money levels in the Cape have not been of the required standard for some time, especially in comparison to other racing centres in the country. No Cape owner should be racing for R55 000 or R60 000 as we have been in the last few months.

“This has played a major role in the drop of ownership and the corresponding reduction in horse population in the Cape. Cape Racing has moved to immediately address this by implementing these new increased stakes levels. Thanks to the unparalleled commitment of Hollywoodbets, the Cape will rapidly regain its former racing lustre.

“There has been a major focus on lifting the Maiden Plates and lower-level races to respectable levels. For example, the Classified Stakes have been raised from R55 000 to the new levels of R80 000 Out of Season, and up to R100 000 in the Summer Season, almost double the previous stake levels.

“Critically, Maiden Plates will not drop below R100 000 all year. Similarly, also high on the priority list, is the increase of stakes for juvenile racing. We have increased the Out of Season levels from R70 000 or R80 000 to R110 000, and the Summer Season levels from R100 000 to R120 000, with R135 000 available at Summer Festival meetings. This is in line with our strategy of pushing more stake money into the programme for younger horses. Also key to note is that no race will be run for under R100 000 in the Summer Season. The above increases represent part of the 35% increase in prize money for the racing year ahead. The feature race schedule of increases is even more exciting and will be released in due course.

“Needless to say, I believe this season in general, and our Summer Season in particular, will be exceptional. While Cape Racing has barely reached the start line in terms of beginning its transformation and resurrection, this is not a bad way to begin! To the trainers and owners around the country, I would recommend you start making your travel plans very soon, because capacity is filling up quickly!”