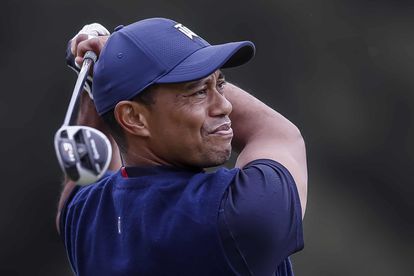 US Ryder Cup captain Steve Stricker said on Wednesday he has spoken to Tiger Woods about being an assistant captain in September.

“He’s really good at being an assistant and I’d love to have him be there, if it’s at all possible,” Stricker said on the eve of the PGA Championship at Kiawah Island.

“As an assistant captain, he’s all-in with everybody and the players love it. They love being around him and he adds a tremendous amount when he’s there.”

The Ryder Cup, postponed from last year due to Covid-19, will be staged September 24-26 at Whistling Straits with holders Europe seeking an eighth victory in 10 meetings.

Stricker said Woods told him he would serve at least in an advisory role.

Stricker quoted Woods as saying: “I don’t know if I can be there or not but you know I’m here for you all the way up to The Ryder Cup.”

Stricker added: “That shows his level of commitment to me, to the team, and his desire to be there if he can be.”

Tiger Woods served as a playing captain of the 2019 US Presidents Cup team that beat the Internationals 16-14 at Melbourne and served as a Ryder Cup assistant captain in 2016. He was to have been an assistant in 2018 until he was chosen to play as a captain’s pick.

“He has always been, on the teams I’ve been around, very into the whole team and the process,” Stricker said.

“As assistant captain, it’s almost like he’s taken it up a notch.”

“He can worry about the whole team, where when he’s a player, he’s just thinking about getting his own game ready so he can get those blinders on a little bit.”

Tiger Woods is recovering at home in Florida following his one-car accident three months ago in California.

“I’ve talked to him. I don’t know if we are there yet to commit to him being there,” Stricker said.

“He has still got a lot going on. His spirit is great, though.

“We were on a Zoom call with him just this last week and he seems like he’s in a better place.

“He’s still got some ways to go. But yeah, I’d love to have him there. Who wouldn’t?”

Stricker served as captain of the triumphant 2017 US Presidents Cup team.

“The guys really respect him and he did a great job as a captain but he was an assistant captain of mine in 2017 of the Presidents Cup and he was unbelievable,” Stricker said.

“He would do anything for you and he’s totally, totally vested in the situation and the process and almost to the point of he’s on it early and so much, it’s like, dude, we’ve still got months to go yet.”

Stricker said there has been an agreement that the 2021 event will keep its regular format of foursomes (alternate shot) matches on Friday and Saturday mornings and fourball (best ball) matches in the afternoons.

“I think the earlier perception was a bit unfair,” Stricker said.

“Although he’s a difficult guy to pair with. I can say that because I was his partner. We had a great partnership.

“You have to be OK with playing with the best player in the game and there’s some expectation put on as partner. He was always a great partner to me and I enjoyed those.”

The US squad will have six captain’s picks, two more than last time, and much of Stricker’s work now is getting to know potential picks.

“A lot of it now is watching players and see how they are doing,” said Stricker, who met and played with Masters runner-up Will Zalatoris on Monday.

“Some of these guys I don’t even know really or have met.”