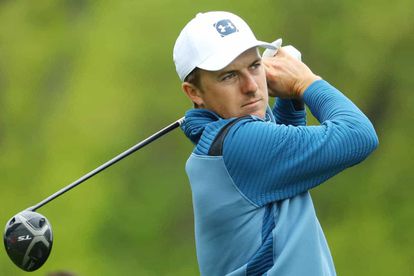 Multiple major winners Jordan Spieth and Rory McIlroy were among players making final preparations on the eve of the 103rd PGA Championship in brisk winds on Wednesday at Kiawah Island.

“This golf course is a beast,” reigning US Open champion Bryson DeChambeau said.

“When the wind picks up it’s probably one of the hardest golf courses I’ve ever played.”

Three-time major winner Spieth, who can complete a career Grand Slam with a victory, knows a few tricks to cope with the course.

“I know taking advantage of the downwind holes and hanging on for dear life into the wind out here,” Spieth said.

“Holes will play much longer when you turn into the breeze and then much shorter downwind, more so than other golf courses when they get firm and fast.”

“You’re going to have to chip and putt really well,” McIlroy said.

“With wind like this and this golf course with all the trouble there is waiting for you… you have to accept par is a good score and move on.”

McIlroy, who snapped an 18-month win drought two weeks ago at Quail Hollow, said approaches to the “upturned saucer” greens with plentiful roll-off areas would be crucial.

“The key this week is going to be being disciplined in your approach and not chasing anything,” McIlroy said.

“The guy that does that is the guy who is going to have the best chance this week.”

“It’s going to be a battle,” Conners said.

“Patience is going to be key. Very challenging. There’s definitely a lot of trouble lurking out there.”

“But it’s going to be really hard to do.”

“The finish of this course, the last five holes, could be brutal depending on the wind,” Koepka said.

“You could see some collapses.”

On many holes, fifth-ranked DeChambeau said, there simply aren’t any safe landing spots for errant shots.

“You can’t miss it in certain areas,” he said.

“Like you can’t bail out left or right. You’ve just got to have your ball-striking on the whole day, and if you don’t, you’re going to get penalised.”

“It’s long and it’s windy, and you have to be extremely accurate, which I like,” he said.

“It’s really cool having waste bunkers that you can have some brutal lies or some good ones. It’s just a raw golf course and I really enjoy that.”

“You see results on the range and work through that, then at home and then in competition,” Burns said.

“Some of the stuff we worked on is showing up in competition and that’s good to see.”