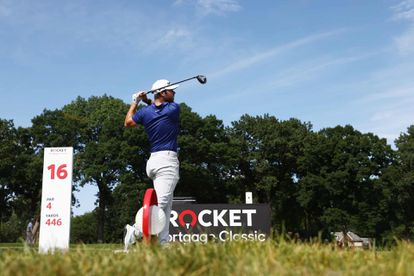 World No 77 Matthew Wolff, a 23-year-old American, is the latest player to leave the PGA Tour for the Saudi-backed LIV Golf Invitational Series, according to multiple reports on Sunday.

The Golf Channel and ESPN reported that Wolff has joined the rebels who will depart for the upstart series, which stages its second event starting Thursday at Portland, Oregon.

Wolff, who won his only PGA Tour title at the 2019 3M Open in suburban Minneapolis in just his third tour start, was the 2020 US Open runner-up and shared fourth in the 2020 PGA Championship, each result coming in his event debut.

Wolff was a runner-up in last October’s Shriner’s Children’s Open at Las Vegas and shared 40th on Sunday at the PGA Travelers Championship.

According to reports, Wolff will be among the players who will compete at Pumpkin Ridge in Oregon.

That likely will mean he will join the list of players placed on an indefinite suspension by the PGA Tour, which listed 17 current and former members on its banned list when they played in England earlier this month in LIV Golf’s debut event.

The LIV series, which is bankrolled by Saudi Arabia’s Public Investment Fund, has plunged the golf world into turmoil since its emergence.

It has drawn stinging criticism from human rights groups, which say the circuit is an attempt to boost the kingdom’s image through sport.

The controversial series offers record prize money of $25 million per 54-hole event with shotgun starts and no cut.

Reports said Wolff’s move will be confirmed on Monday.

Portland was already slated to be the LIV Golf debut for major winners Bryson DeChambeau, Brooks Koepka and Patrick Reed of the United States and Mexico’s Abraham Ancer.

Both ESPN and Golf Channel also reported that Spaniard Eugenio Chacarra, the world amateur number two, has agreed to leave Oklahoma State for LIV Golf and will make his LIV debut at Pumpkin Ridge.