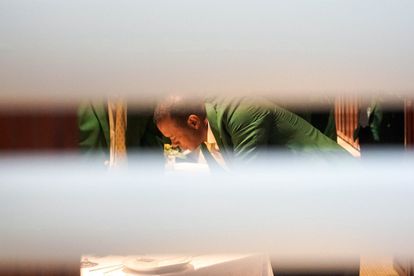 The annual Masters Champions Dinner took place on Tuesday and was attended by some of the greatest sportsmen the world has ever seen. Photo: Twitter @TheMasters

The annual Masters Champions Dinner took place on Tuesday and was attended by some of the greatest sportsmen the world has ever seen. Photo: Twitter @TheMasters

In keeping with tradition, the annual Masters Champions Dinner took place on Tuesday and once again was attended by some of the greatest sportsmen the world has ever seen.

READ | WOULD YOU GIVE UP DRINKING FOR A YEAR TO PLAY 18 HOLES AT AUGUSTA NATIONAL?

The dinner is a tradition which began in 1952 when Ben Hogan invited all past Masters champions to dine together.

The Masters Champions Dinner spans generations of tournament winners and allows the thrill of seeing the greatest players in the history of the game come together on the eve of the tournament all clad in green jackets.

The menu is selected by the defending champion and typically represents either the cuisine of the champion’s home or personal culinary favourites.

This year it was the turn of Japan’s Hideki Matsuyama who selected the menu shown below:

Those in attendance posed, as always, for a group photo.

Take some time to cast your eye over the picture below and maybe pick out some of your favourite past Masters winners.

Will South Africa have a 4th Masters champion in 2022?

See if you can spot them!

Others present included some of sport’s – not just golf – biggest names, including Jack Nicklaus and Tiger Woods.

READ | MASTERS 2022: TEE TIMES FOR ROUND 1 FOR ALL FIVE SOUTH AFRICANS

A field of 88 golfers – including six amateurs and five South Africans – will be vying for the coveted green jacket and a spot at next year’s Champions Dinner table.