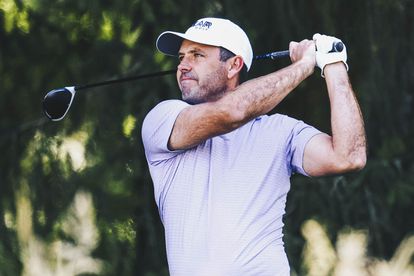 The first US event in the Saudi-backed LIV Golf Invitational Series teed off in Oregon on Thursday amid protests and threats of legal action. Photo: Twitter @LIVGolfINV

The first US event in the Saudi-backed LIV Golf Invitational Series teed off in Oregon on Thursday amid protests and threats of legal action. Photo: Twitter @LIVGolfINV

The first US event in the Saudi-backed LIV Golf Invitational Series teed off in Oregon on Thursday amid continued protests and threats of legal action that would further divide the global game.

Two-time major winner Dustin Johnson, one of the series’ most prized catches, was a stroke back on 68, capping his round with an unlikely par save with a shot through the trees on his final hole, where he was well right off the tee.

Branden Grace faired best with a 3-under par 69 to lie in a tie for third, while Hennie du Plessis’ round of 70 was good enough for a share of sixth place.

Louis Oosthuizen signed for a 1-under round of 71 and joint ninth spot, while Justin Harding’s level par round of 72 gave hi a share of 14th.

Winner of the first LIV Golf Invitational Series event in London, Charl Schwartzel, opened with a 2-over par 74 (T24), while Shaun Norris (75, T30) and Ian Snyman (76, T37) have their work cut out for them over the remaining 36 holes.

Despite the golf on display, and the addition of such names as four-time major winner Brooks Koepka and 2020 US Open winner Bryson DeChambeau, the event couldn’t escape controversy.

A group of family members of people killed in the September 11, 2001 attacks held a press conference to voice their outrage.

Andre Aiken, who was three years old when his father, Terrance, died at the World Trade Center in New York, was among family members who insisted Saudi Arabia should be held accountable for a role in the attacks, in which hijackers flew planes into the towers and other targets in the United States, leaving thousands dead.

Fifteen of the 19 hijackers were Saudi nationals including Al Qaeda leader Osama Bin Laden, who orchestrated the attacks.

“Because of the actions of the kingdom of Saudi Arabia, there were a lot of pivotal moments that my father couldn’t be there for. I’ll never know the sound of his voice, the feeling of him hugging me,” Aiken said.

He also offered thanks to all the athletes who have opted not to participated in the series, and showed “that their silence can’t be bought and that they’re not just athletes, that they can stand for something bigger.”

The series spearheaded by Australian golf great Greg Norman is bankrolled by Saudi Arabia’s Public Investment Fund, drawing stinging criticism from human rights groups which say the circuit is an effort to boost the kingdom’s image through sport.

The controversial series offers record prize money of $25 million per 54-hole event with shotgun starts and no cut.

The series’ Saudi ties have hit close to home in Oregon, with 11 local mayors formally objecting to the event in a letter to Pumpkin Ridge’s corporate owner Escalante Golf.

In 2016, 15-year-old Fallon Smart was killed in a hit-and-run traffic accident in Oregon that had Saudi college student Abdulrahman Sameer Noorah facing a first-degree murder charge.

He removed his monitoring device before his trial began and US authorities said they believed the Saudi government helped him leave the country.

Golfers who have opted into the lucrative series – which also guarantees money to some stars just for appearing – have tried to distance themselves from any such concerns.

DeChambeau, the 2020 US Open champion, said in a testy pre-tournament press conference that people should “move on”.

But the rebels aren’t averse to taking on the PGA Tour and DP World Tour, as the established circuits take a hard line against players who opt into the new series.

That includes stripping players who jump ship of their PGA Tour membership.

The DP World Tour confirmed that it had received a letter from more than a dozen players who had threatened legal action unless the fines and suspensions levied against them for competing in the first LIV Golf event in England were rescinded.

“The intention of this letter is not to further divide us, but to respond to Tour statements and to pose questions that the Tour should answer and we should discuss in detail,” the players wrote.

They requested a response by Friday, and called for a meeting between DP World Tour officials and players to discuss the issues.

“If not, you will leave us with no choice but to employ the various other means and methods at our disposal to rectify these wrongs,” the players wrote.

WATCH HIGHLIGHTS FROM ROUND 1